I respect out of the box thinking - I really do. But Earth? Blue? Ok - maybe they were thinking of "that blue marble, Earth." Maybe it is named for the planet.

Earth - you tell me what colour you'd expect it to be. 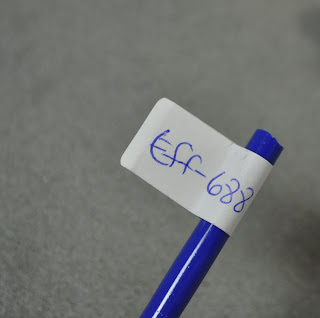 Really - it looks more like Light Lapis - but I'll have to get some to confirm that. I don't seem to have any here. 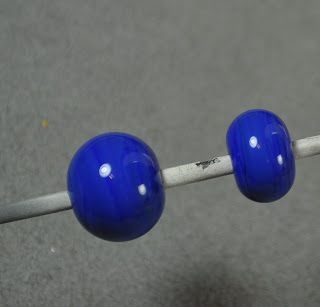 Disappointment notwithstanding - it's a lovely shade of blue. The Frantz website shows a sample paddle that is turquoise and blue - but I sure as heck didn't get that. Maybe because those are mashed. Guess I should test it some more.
Posted by dragonjools at 10:05 p.m.