First up in the new colours from CiM - first for no better reason other than - I dropped the rod and broke it and wanted to use it before I lost the end with the label ...

Anyway - CiM Auburn looks like an opaque red - but ...


In cool light (fluorescent), Auburn looks like a brown - a dark brown. In this photo - it looks black even, but I didn't colour correct - so that you can see the contrast. 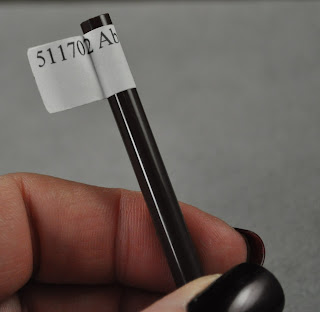 And here is the same rod end - under a nice, hot incandescent light bulb. 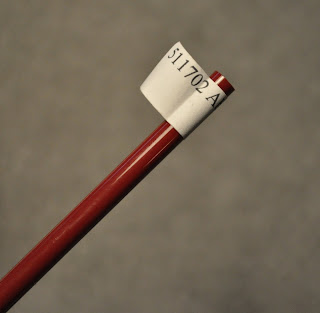 Beads - under my carefully controlled - and expensive - studio lights ... 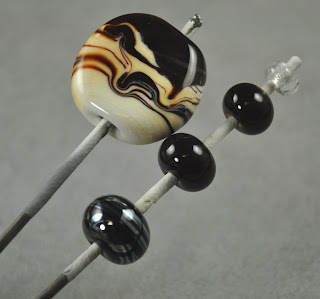 And - under the cheapo reading light on my desk. So the short answer is - photographing the beads you make with the this glass is going to be a b1tch. 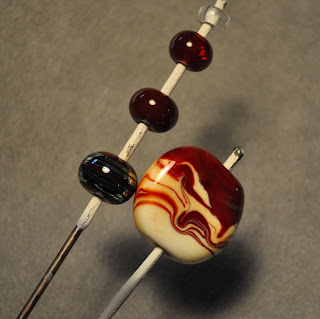 The rest of these photos will be in incandescent light - as the fluorescent light makes this glass a tad unattractive.

This is a thin layer of Auburn over a clear core. Looky - it appears to be transparent - if used thin enough. It is also cracked, but I think that was me - paying more attention to the other beads on the mandrel. 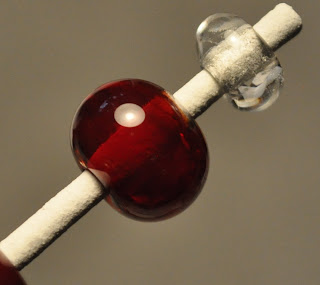 This is a self-coloured spacer. 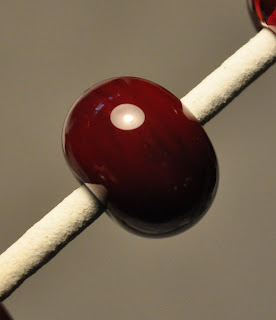 And this is spacer, with trails of Triton, reduced. 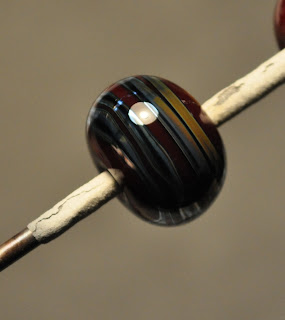 This bead was half Light Ivory, Half Auburn, with trails of Auburn over the ivory and ivory trails over the Auburn, raked, and mashed. 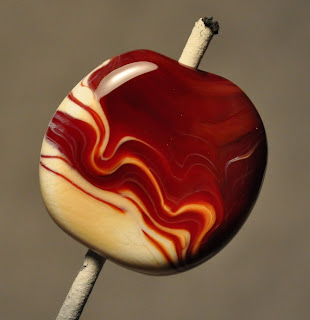 Notice, on the side - there has been some interesting fuzzification of the ivory on the auburn. 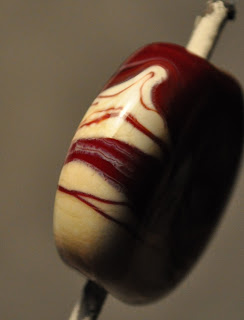 And here we have the same bead on the other side - a desert at sunset look. 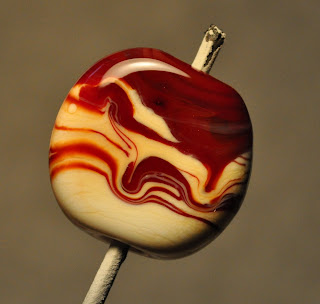 Auburn is a very dense red - that will mostly read as an opaque - is a little redder when worked than the unworked rod, and looks brown in cool light.

Where it was very thin on the last bead - I did get it hot enough to lose it's colour, but it struck back to red easily. There are some interesting orangey effects/areas - I think this is sort of a bleeding effect - the red actually spread out more than I thought it did and covered some of the ivory in a very thin layer.