Glow-in-the-dark powders, can be a bit of a one trick pony. Either you want something to glow, or you don't.
This powder has a pretty significant amount of glow to it. As with other glow powders, the more you use, the better the glow.
It doesn't really melt into the glass though, so you can roll it in the powder and get a coating and get it to melt onto the surface to stick, and give a frosted effect, which is not unattractive by itself.
But the best way to make it really punchy is to create a hollow space inside the bead or whatever you're making, spoon some of the powder into it so that you get a goodly amount, and then cover it back up again.
It's cool to watch it glow briefly when you push the glass into the powder.
Compatible with both soft glass and boro. 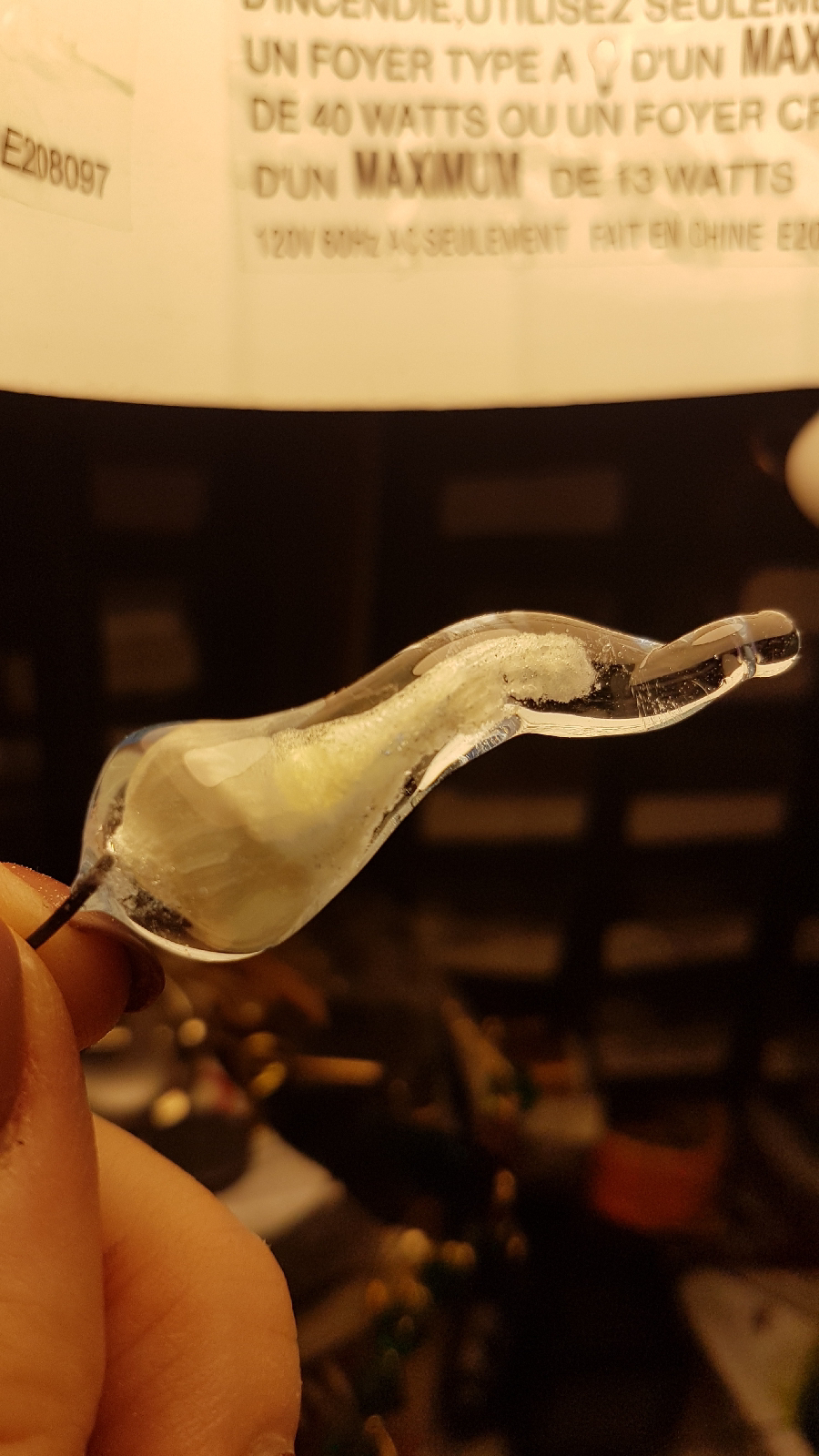 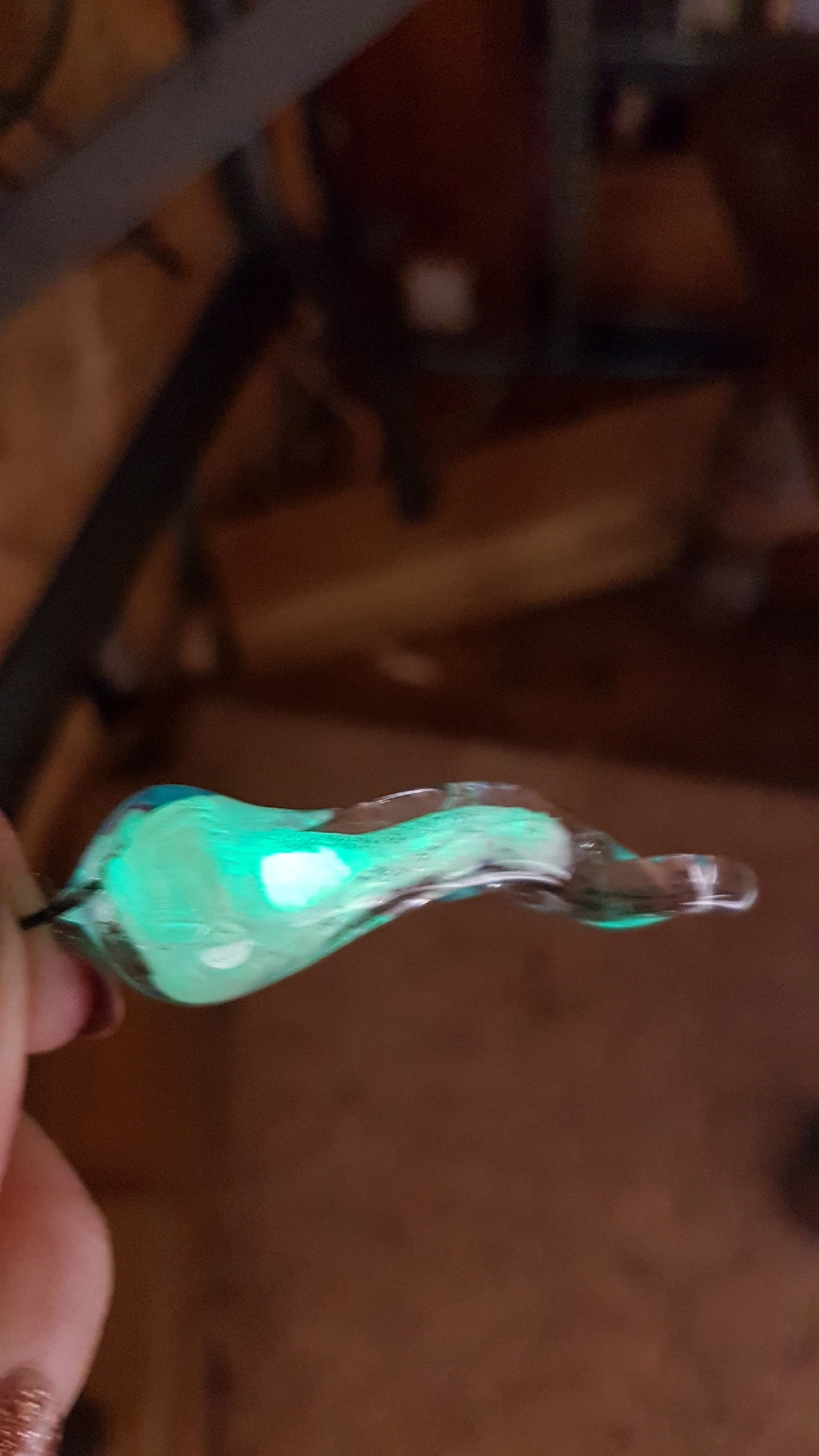 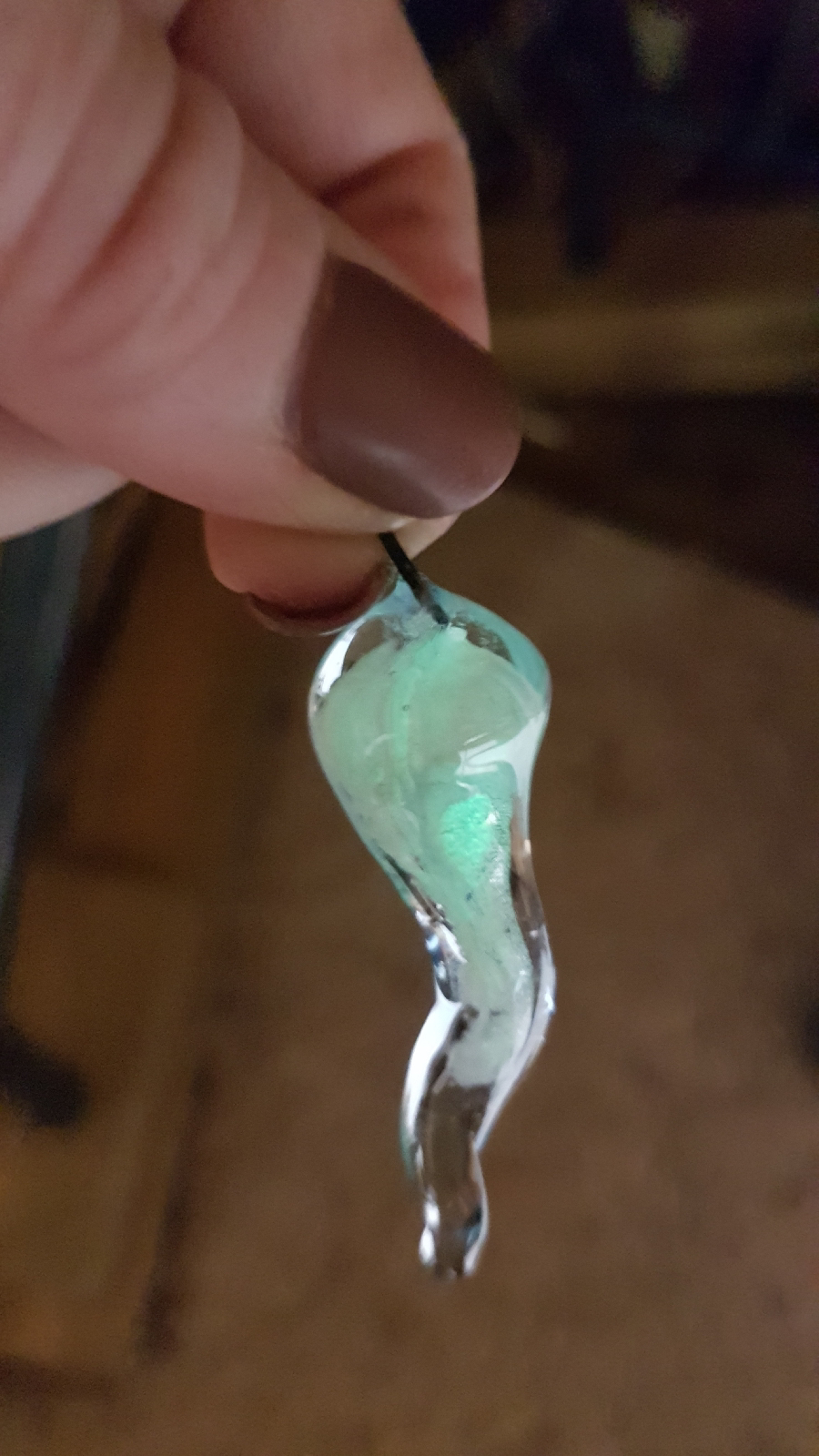 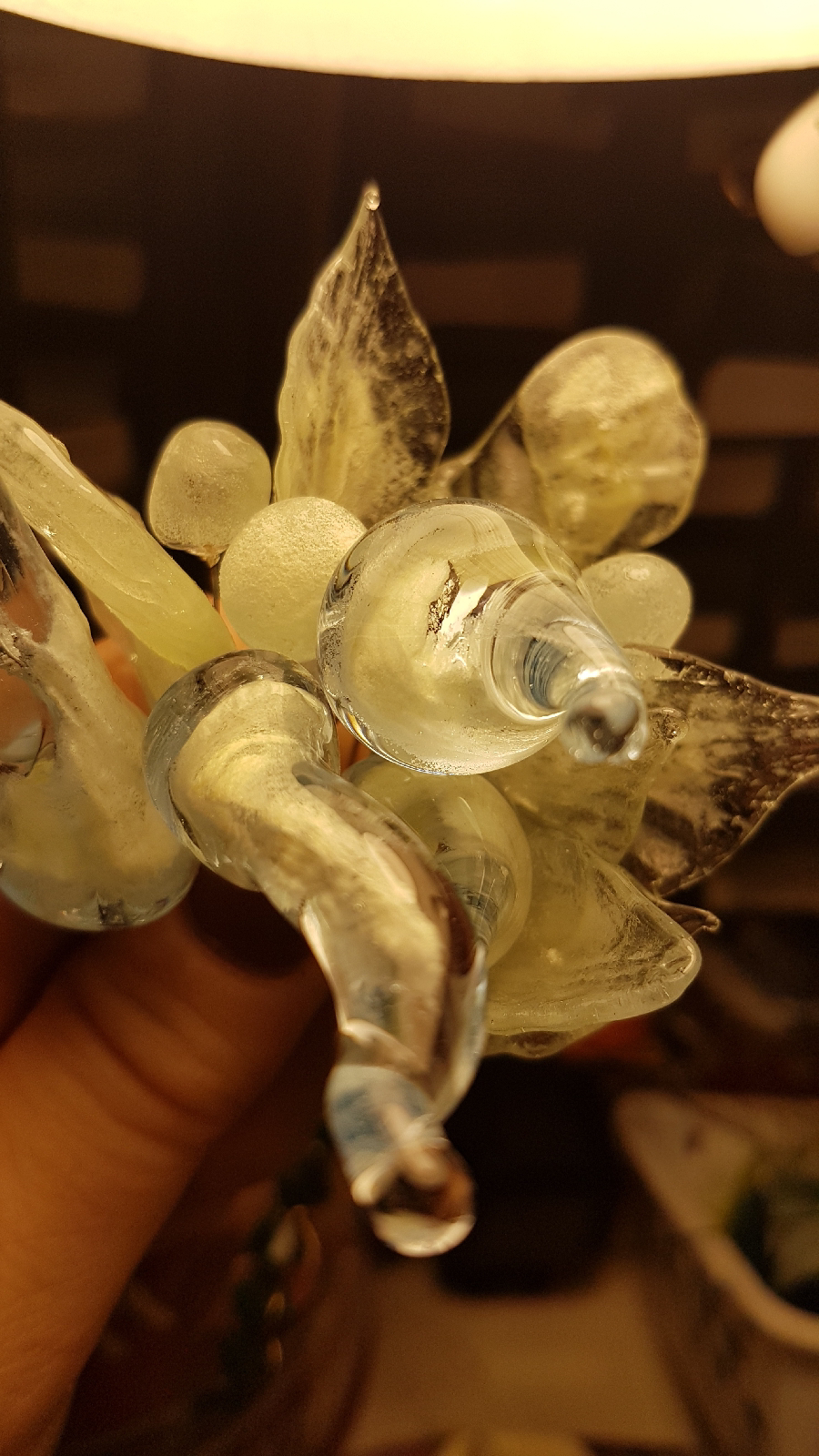 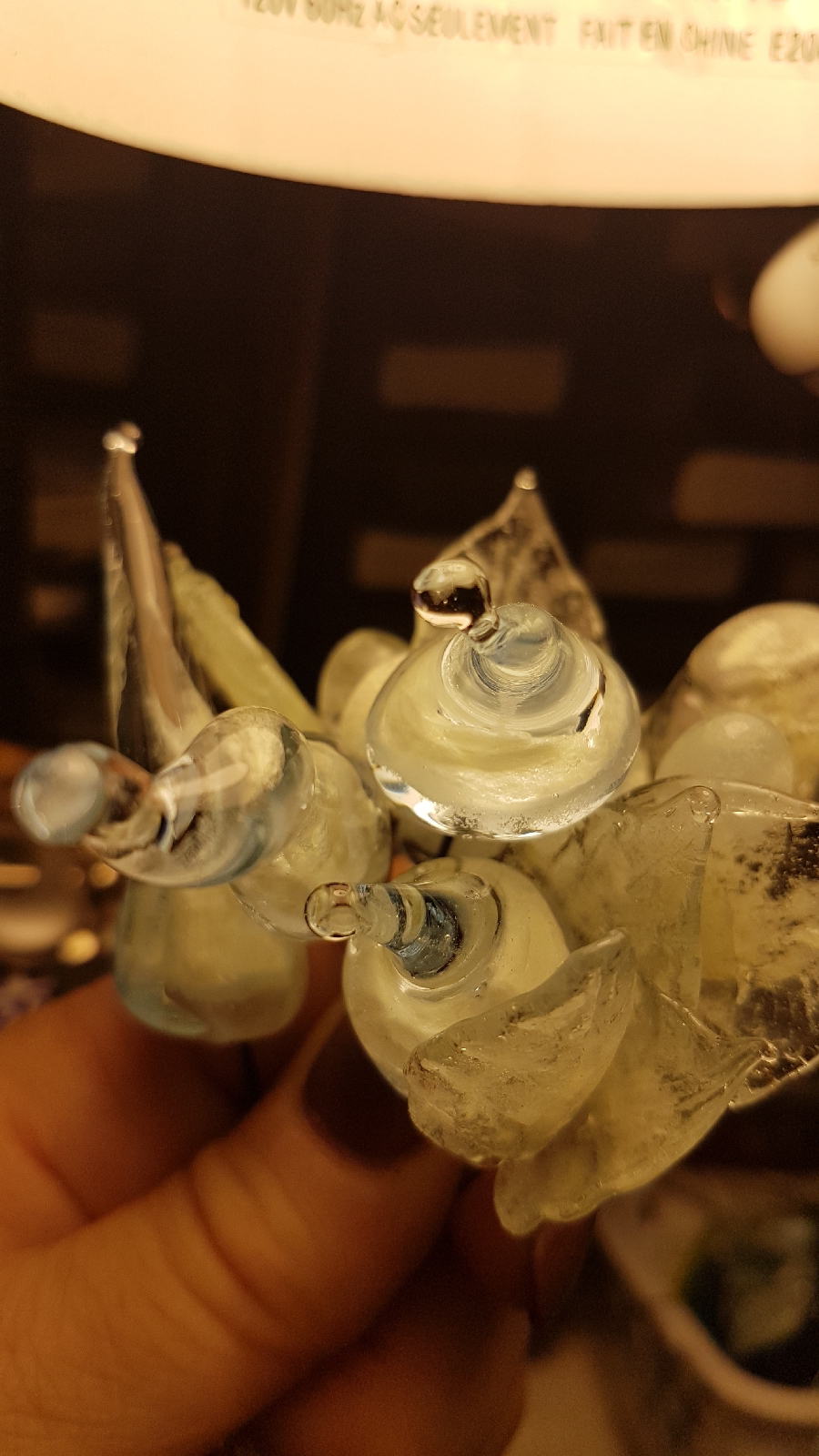 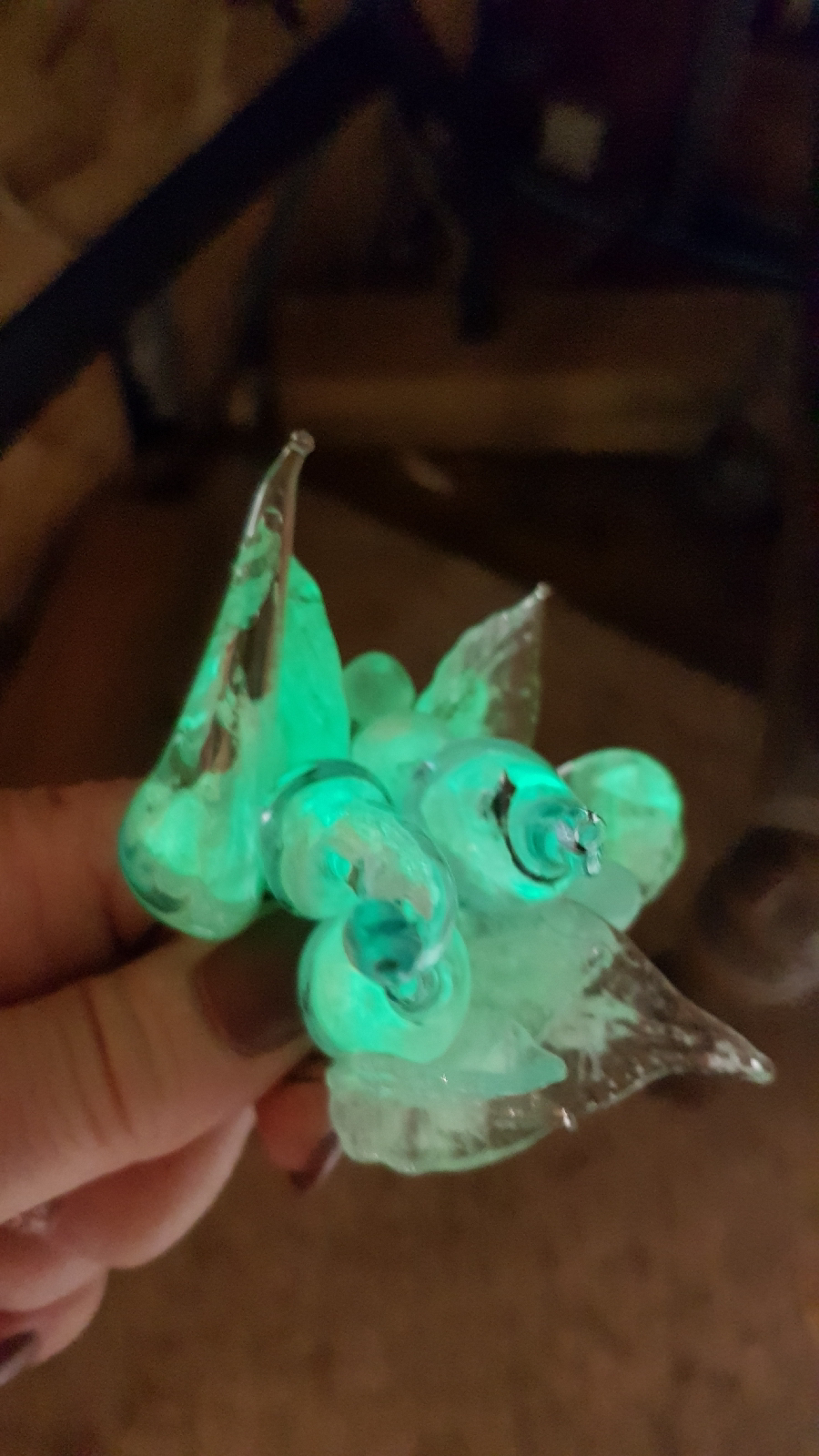 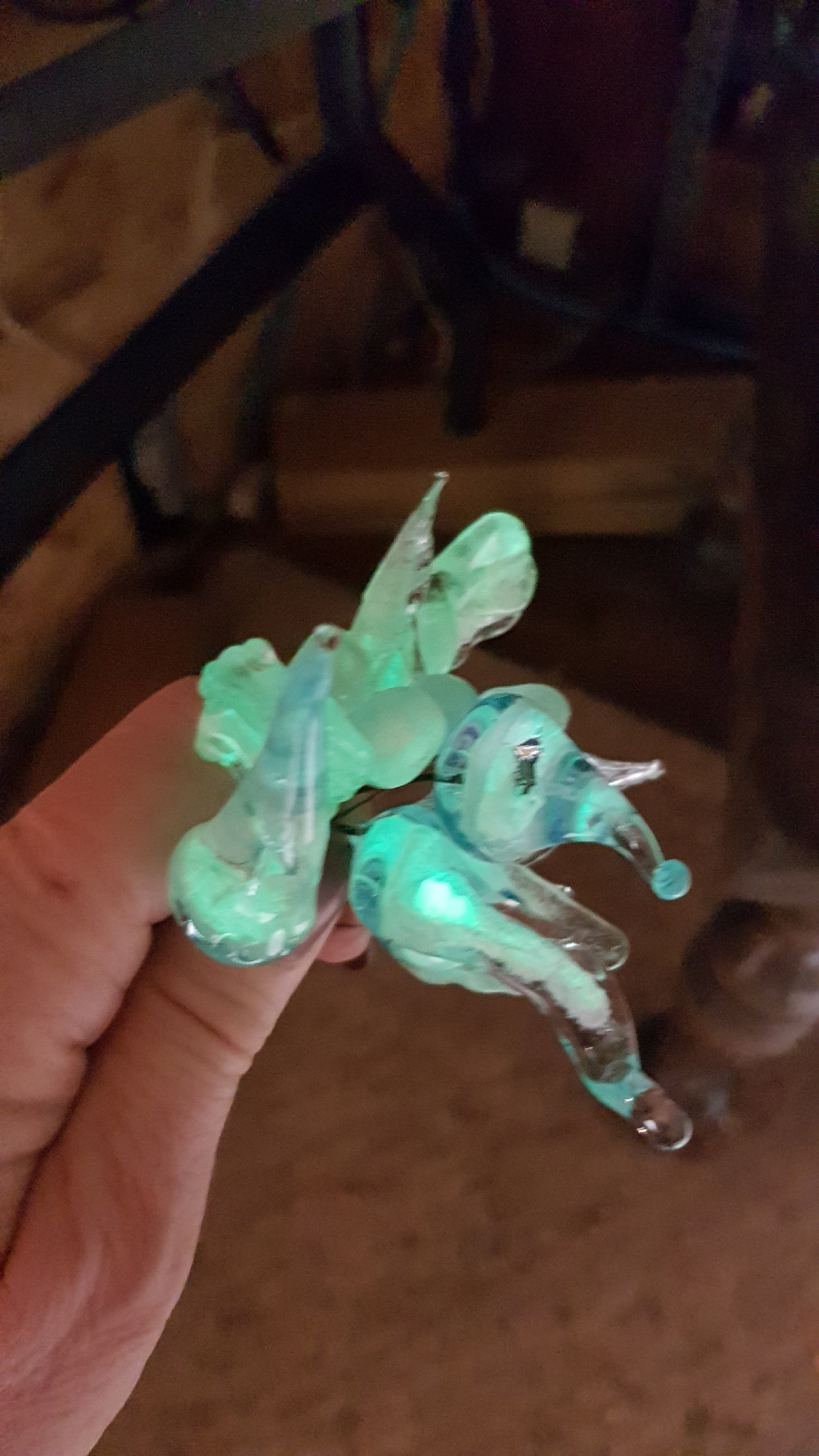 Posted by dragonjools at 9:47 a.m. No comments:

Email ThisBlogThis!Share to TwitterShare to FacebookShare to Pinterest
Labels: jetage 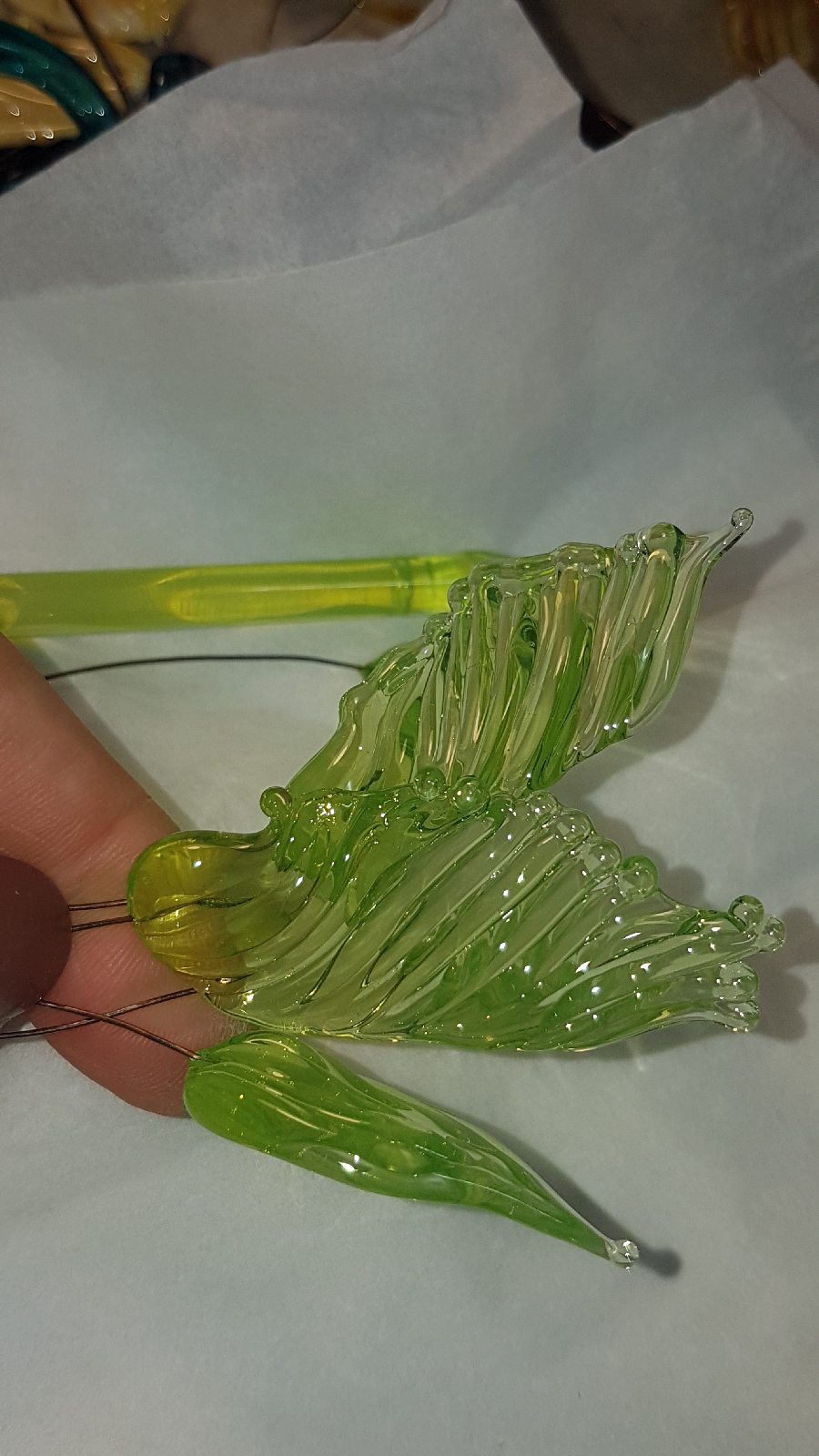 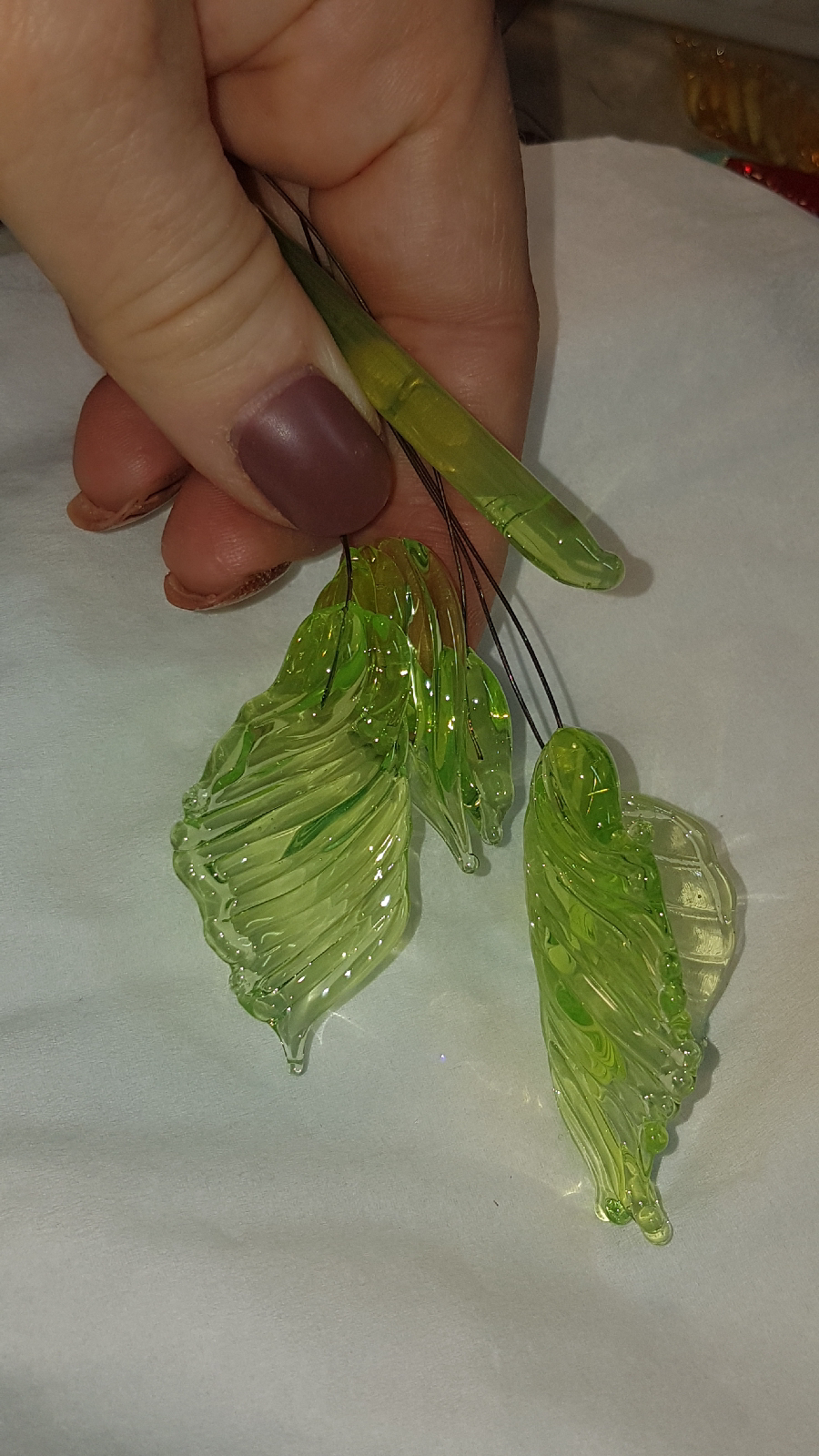 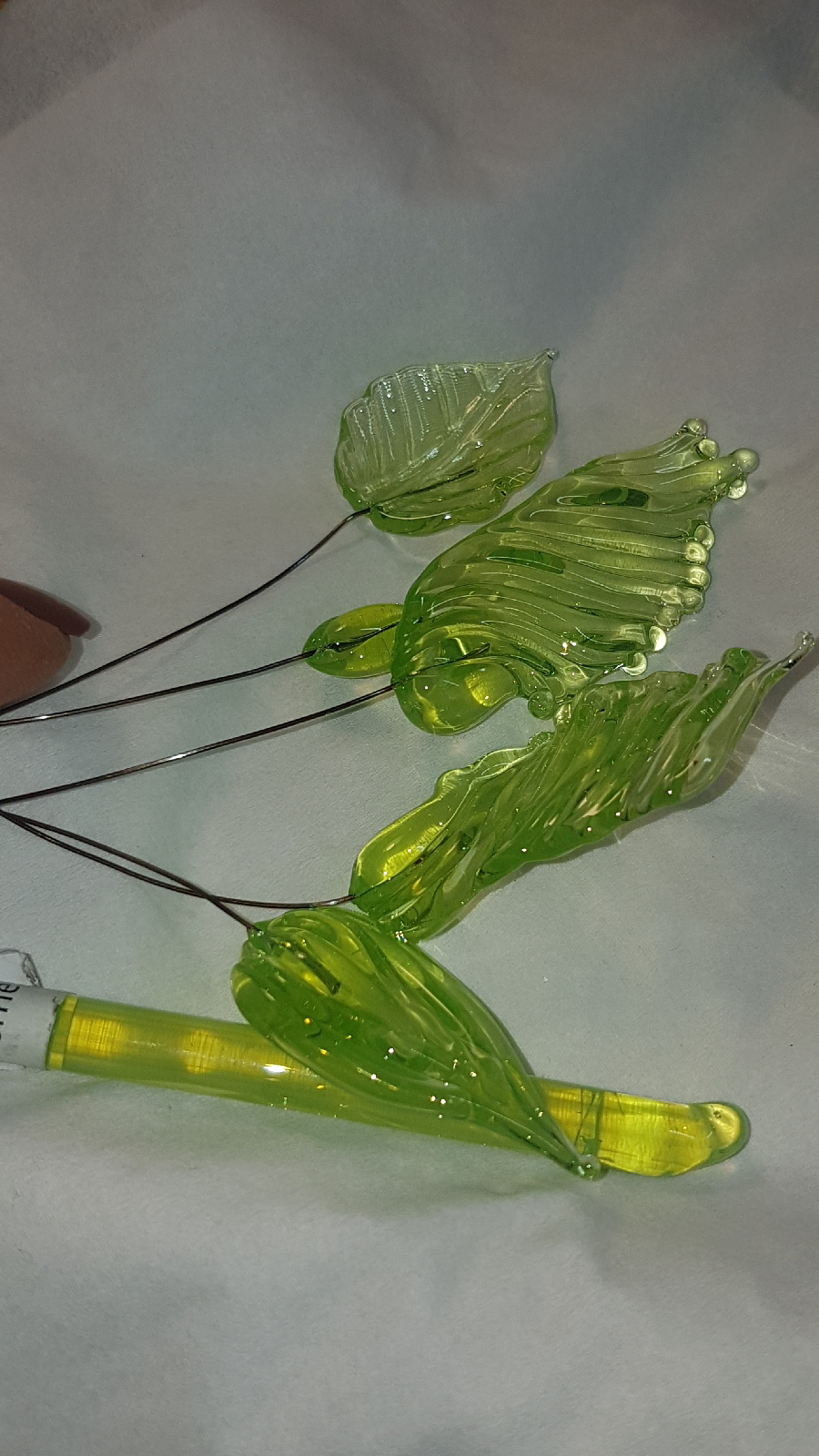 CiM 919 Peony. Pretty pretty pretty pink. Its raining, so you'll have to live with the indoor photos, but this is beautiful, just beautiful. 💖💖👍👍👍😍😍😍 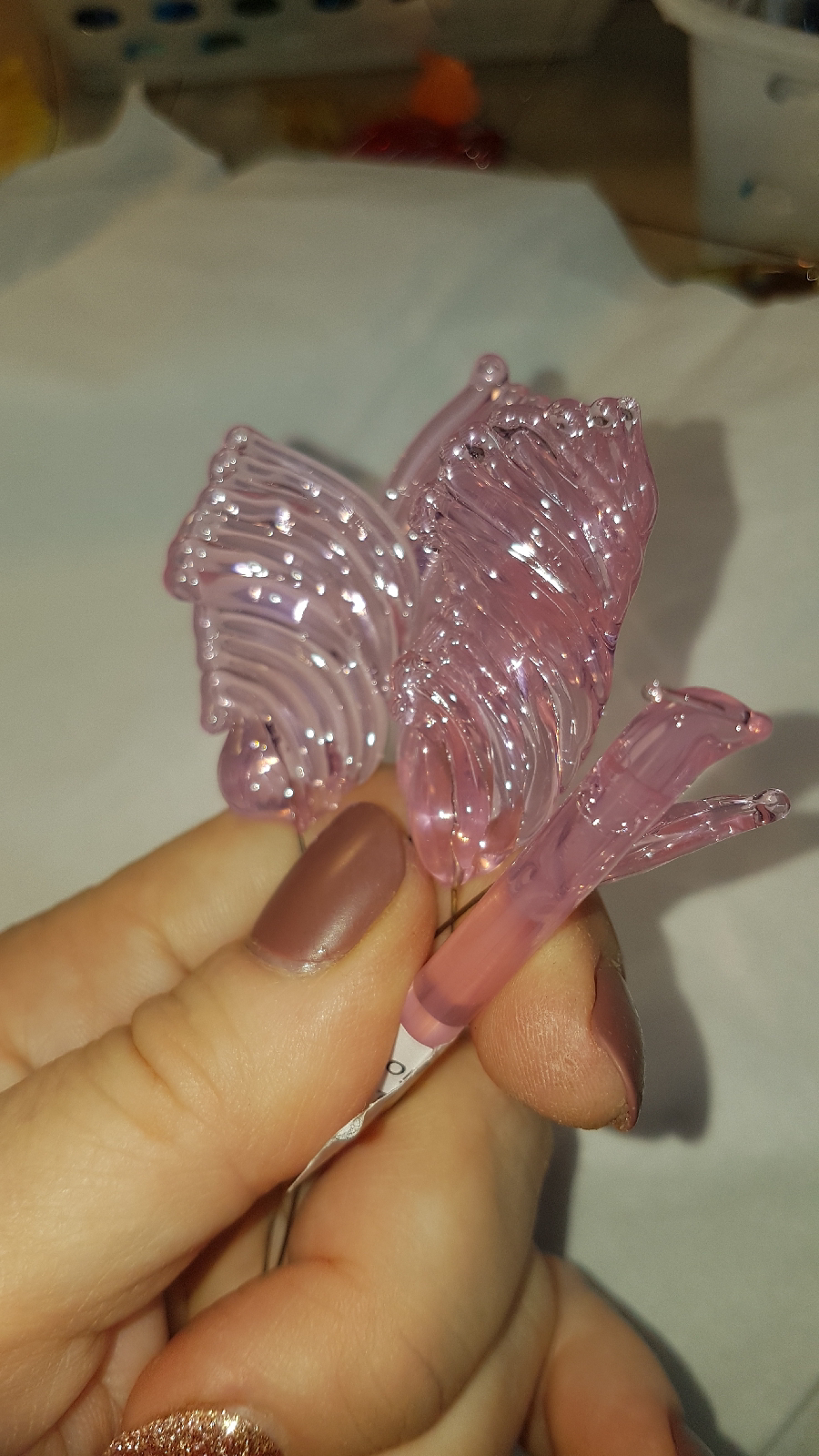 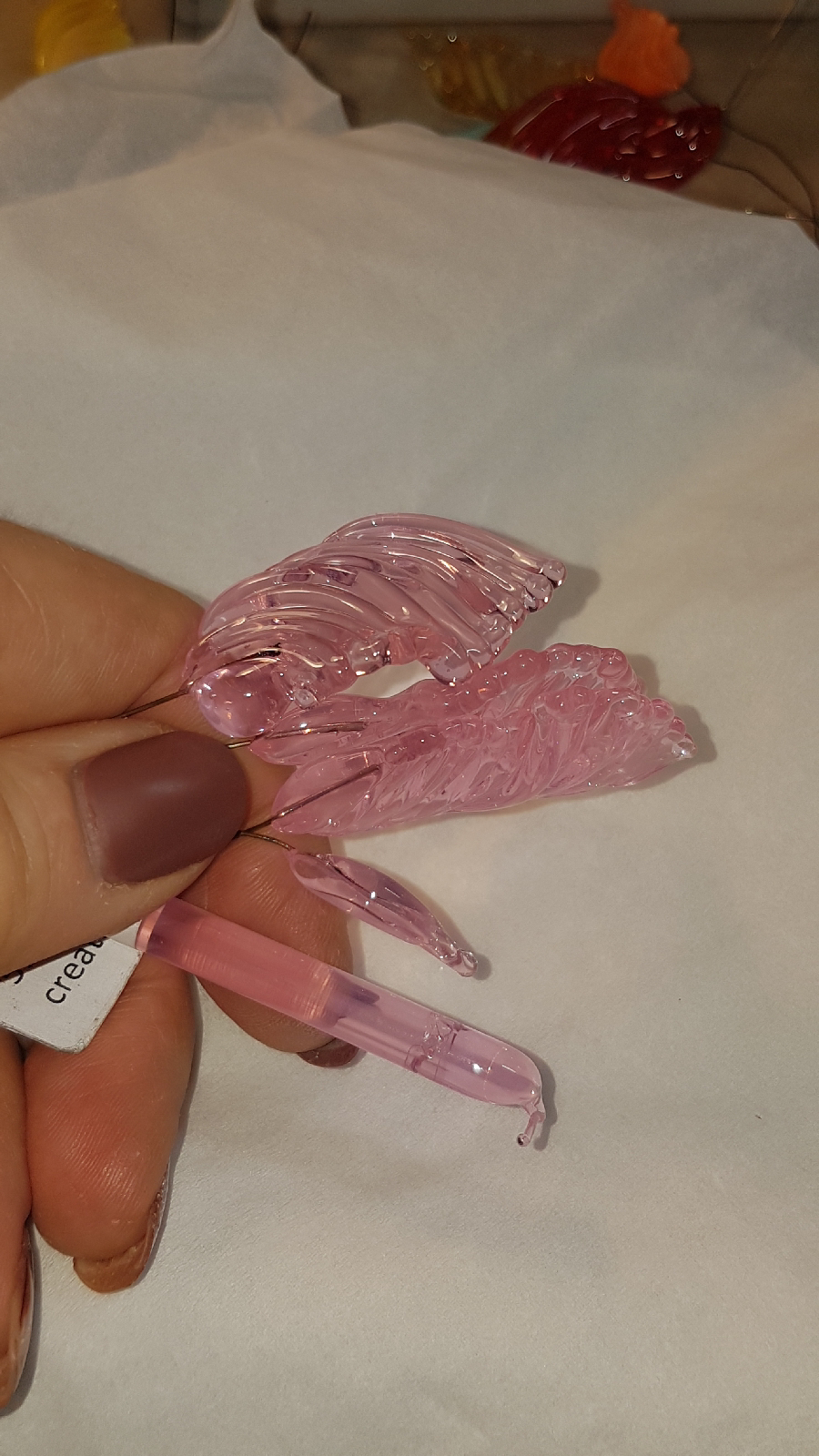 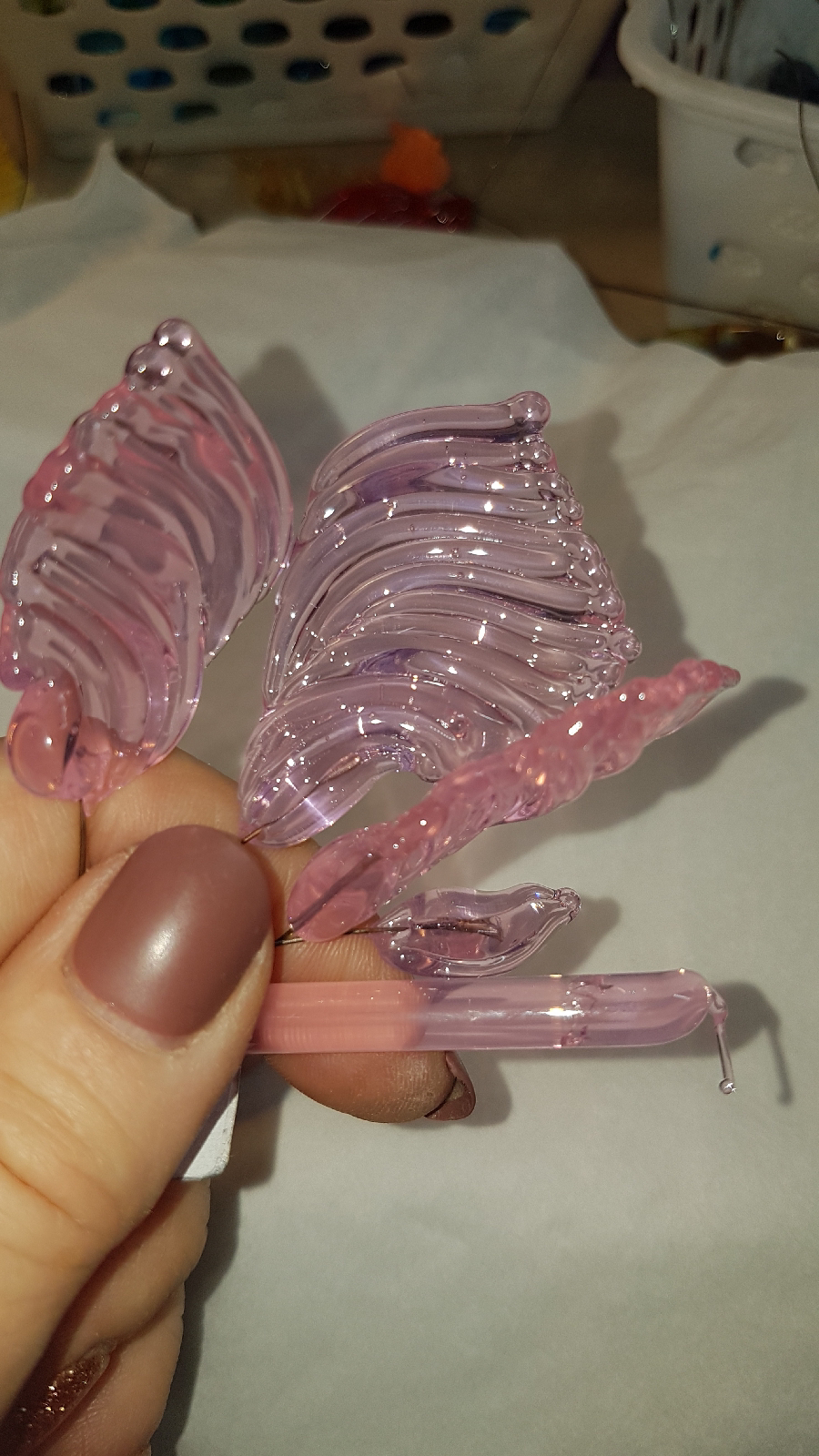 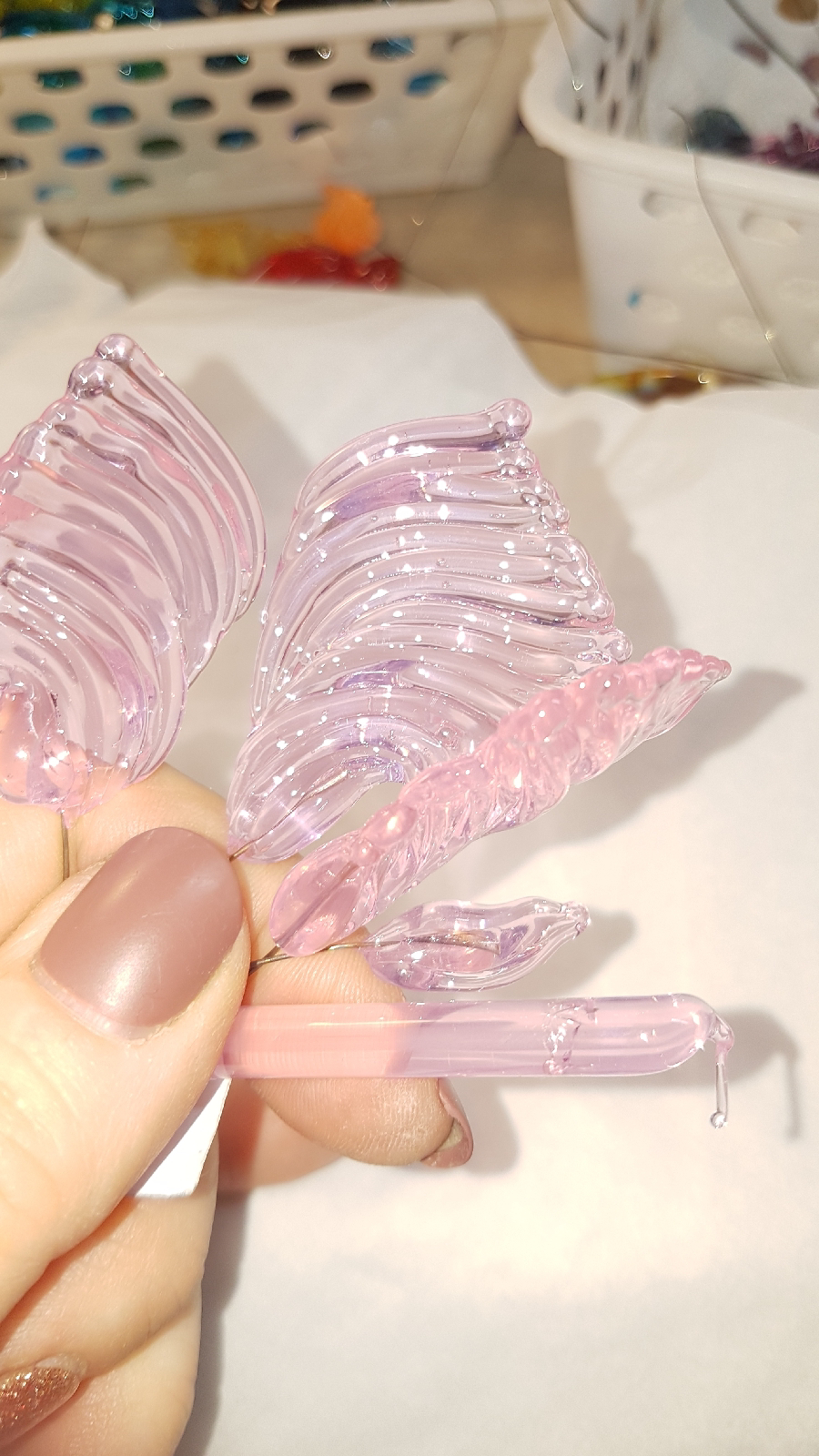 CiM 325 pachamama. Mind blown. 🤯😉 which, it wouldn't have been, if I had actually looked at the end of the rod before I started. Notice all those tiny dots? This is a rod with streaks of dark blue all the way through. On the way to a bit of glass. It doesn't show as well in the wavy bit, but in the leaves where I just bundled the glass up and then squashed it, it's amazing 🤩🤩🤩 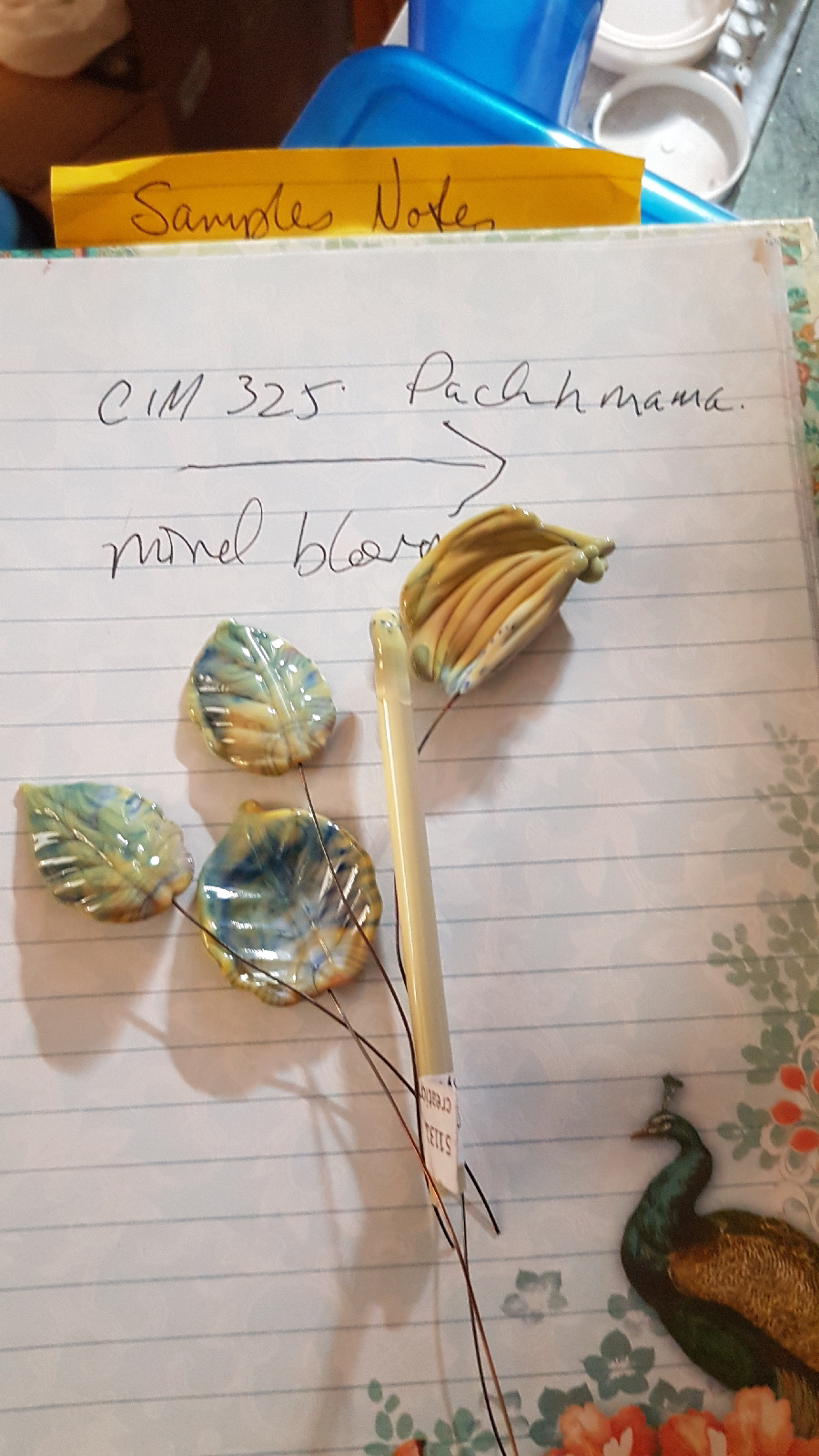 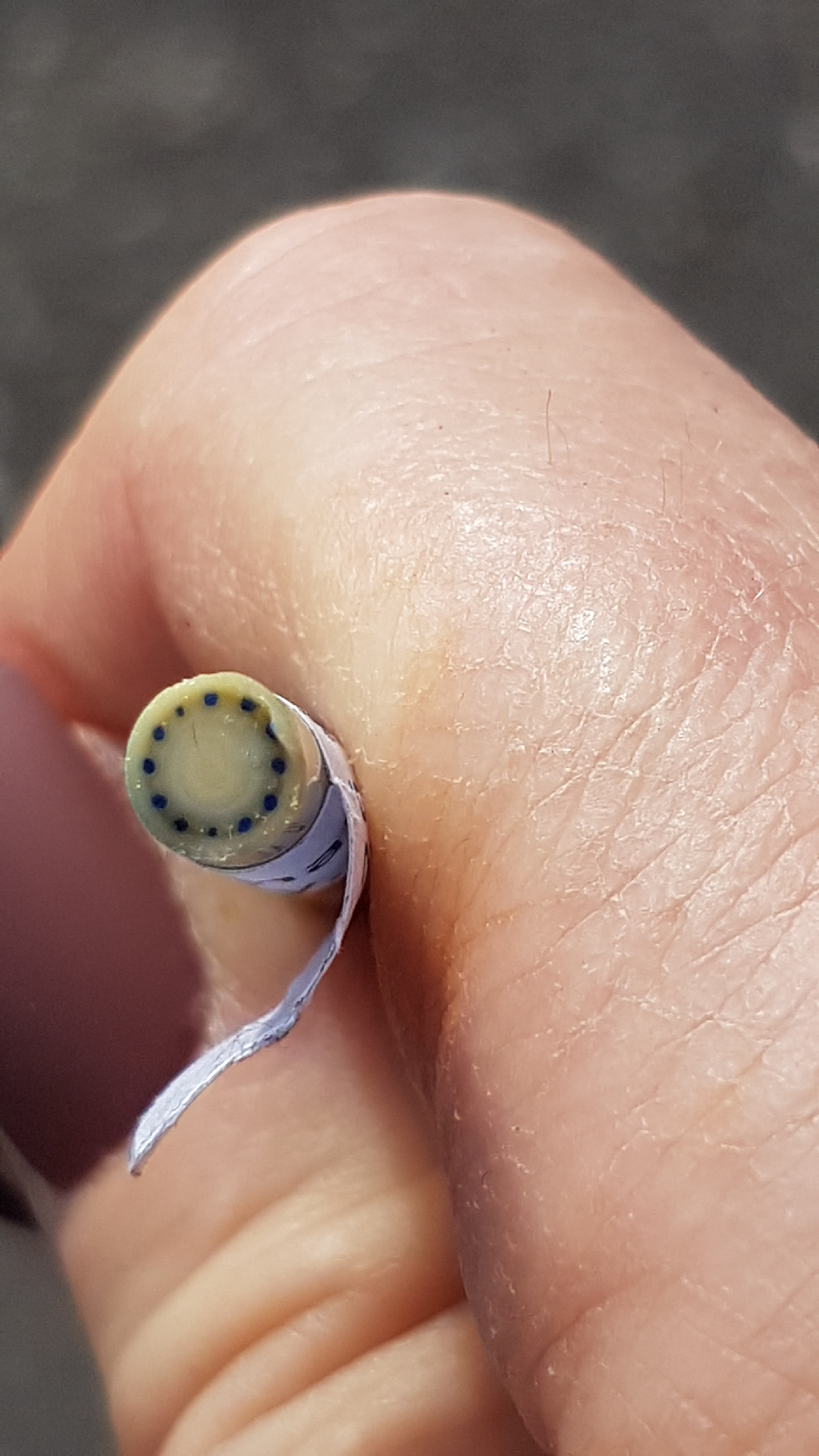 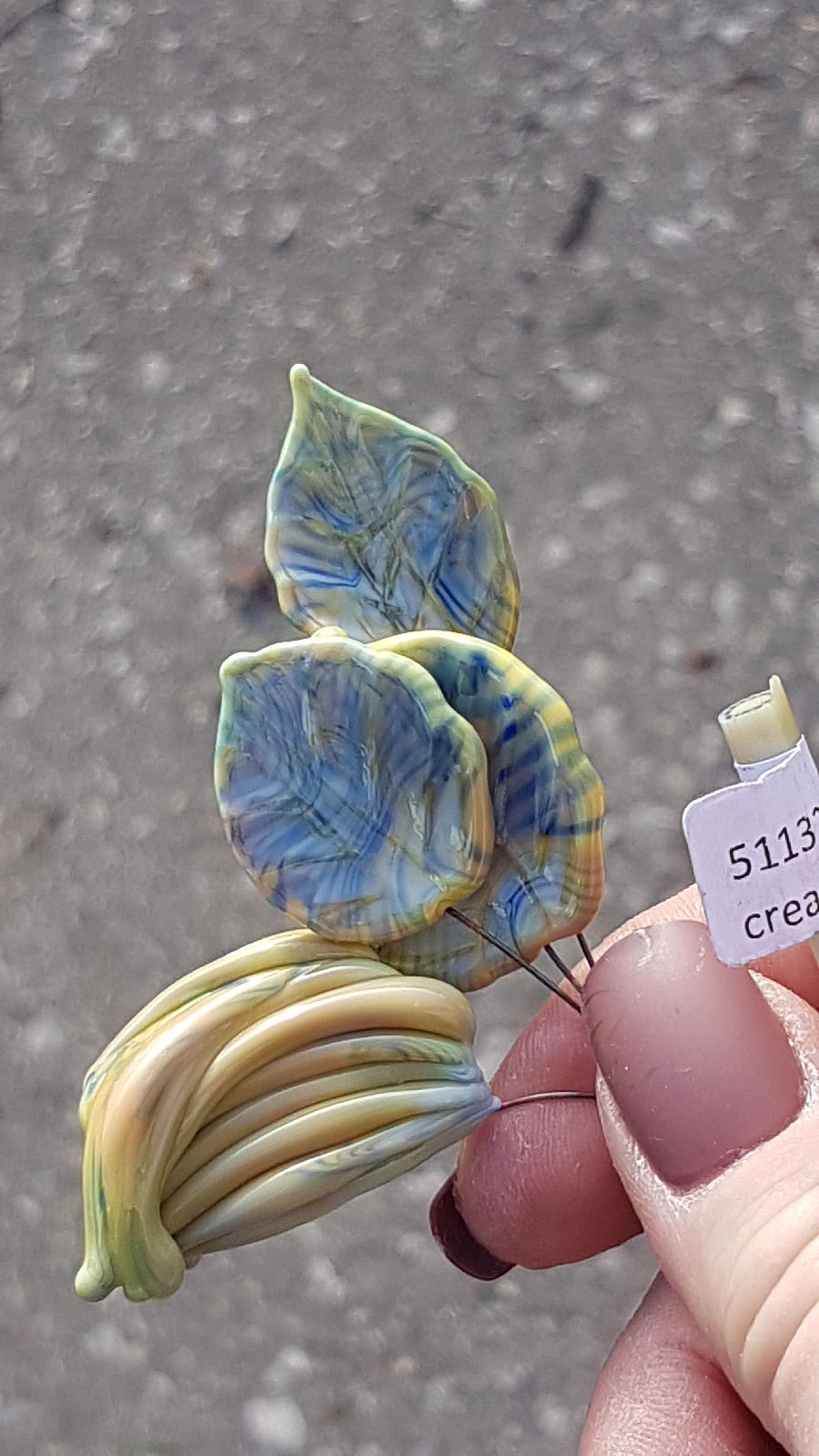 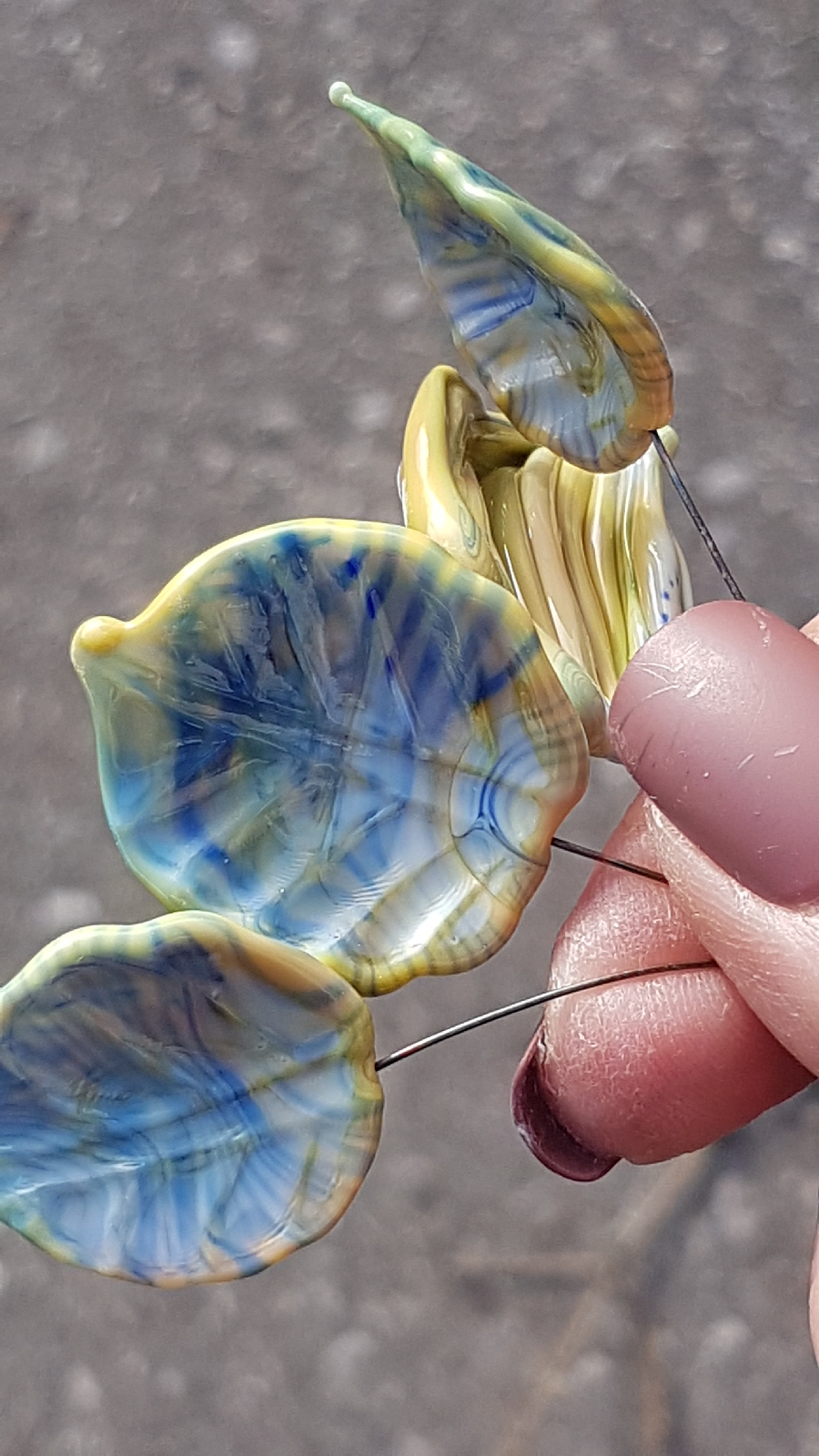 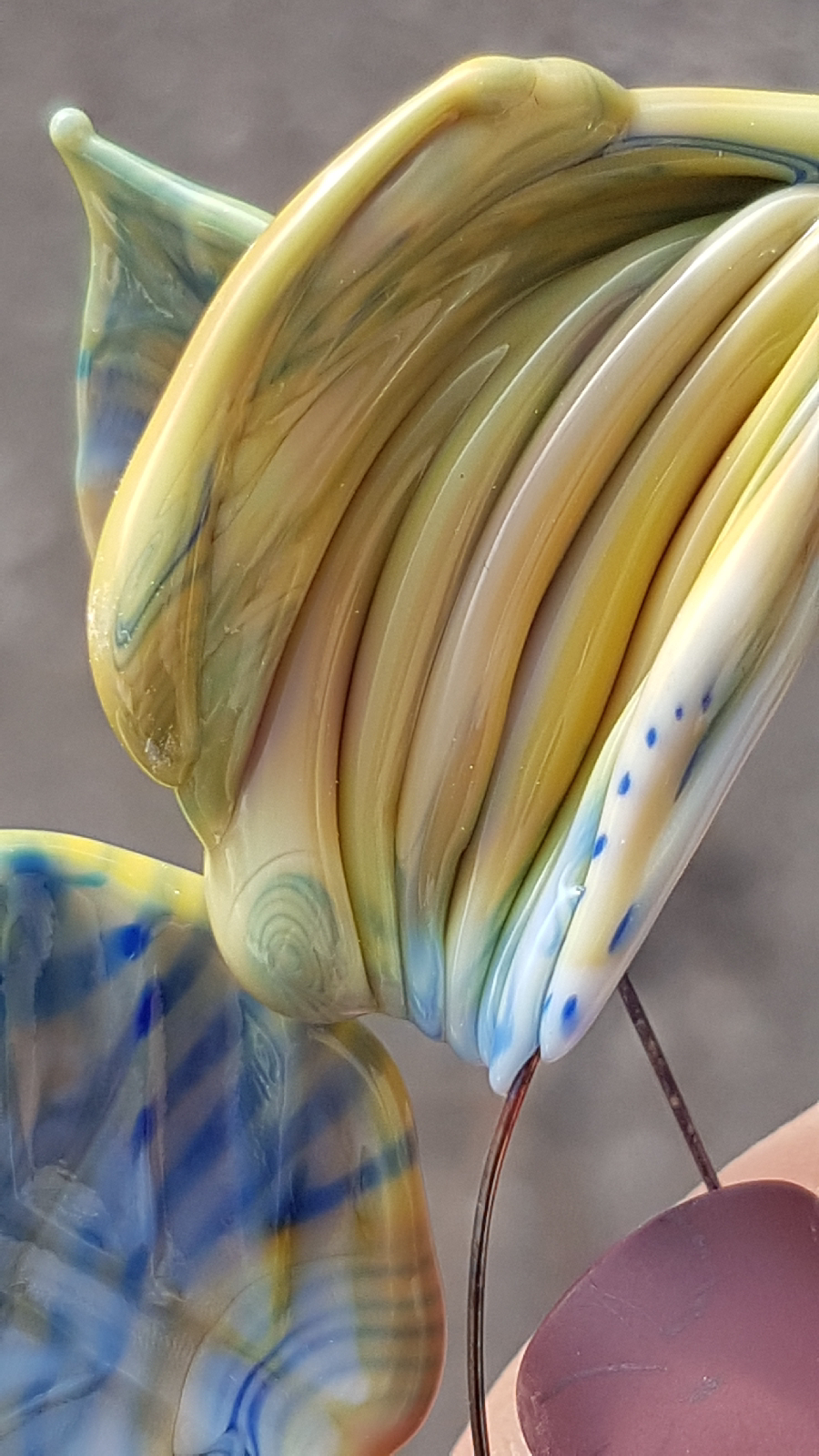 Posted by dragonjools at 1:39 p.m. No comments:

CiM 324 Ra. Ooooo. I must have more of this. @nortel_glassgirl - can you please put aside a couple of pounds of this for me whenever you get back in the office? Ra is a light to dark Ivory, let's call it self-antiquing and a little bit of a pinkish blush in some places where it strikes. Just beautiful. Notice my on camera self restraint at not swearing when I dropped one. By the way oh, it's survived, no damage. 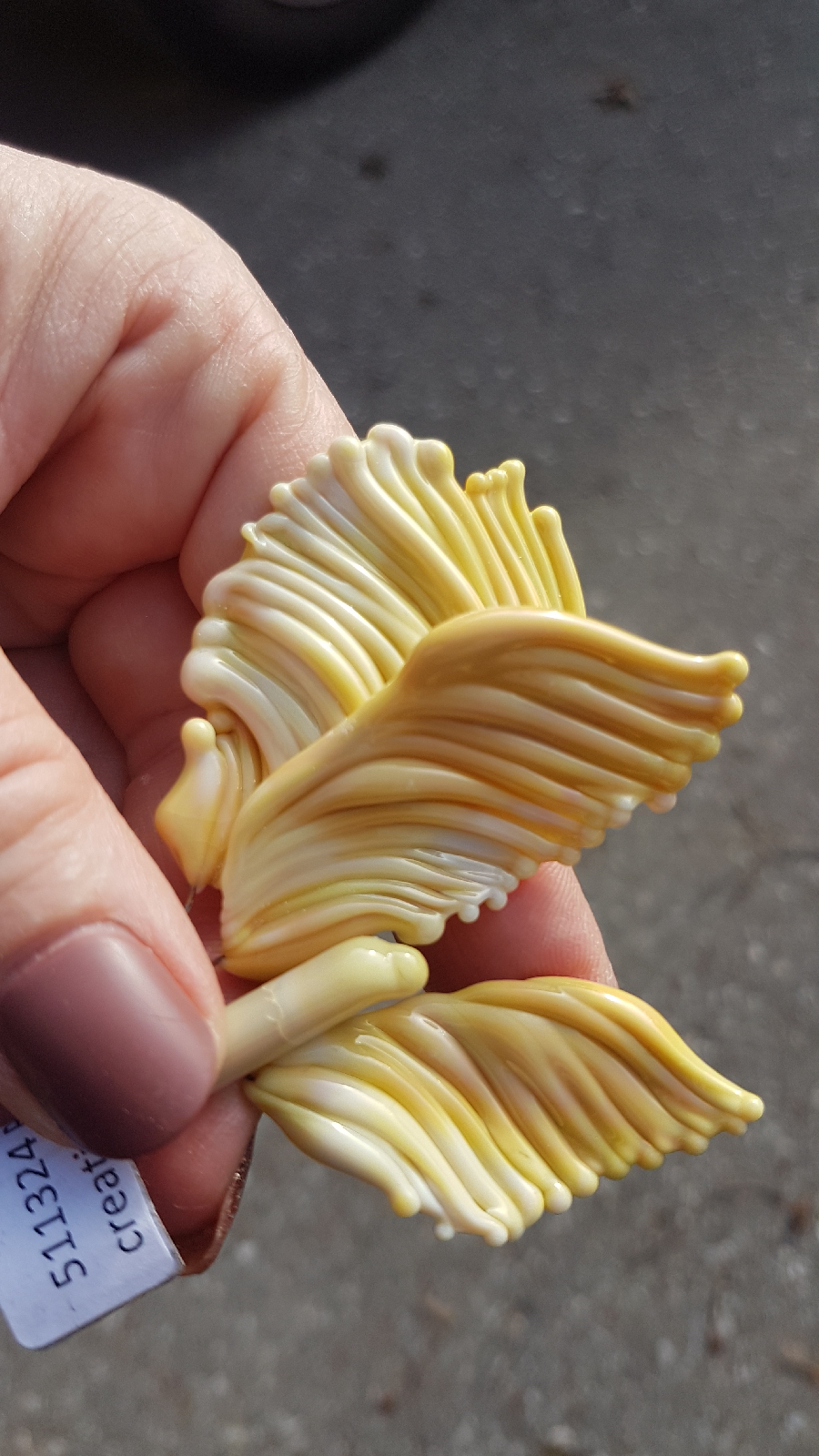 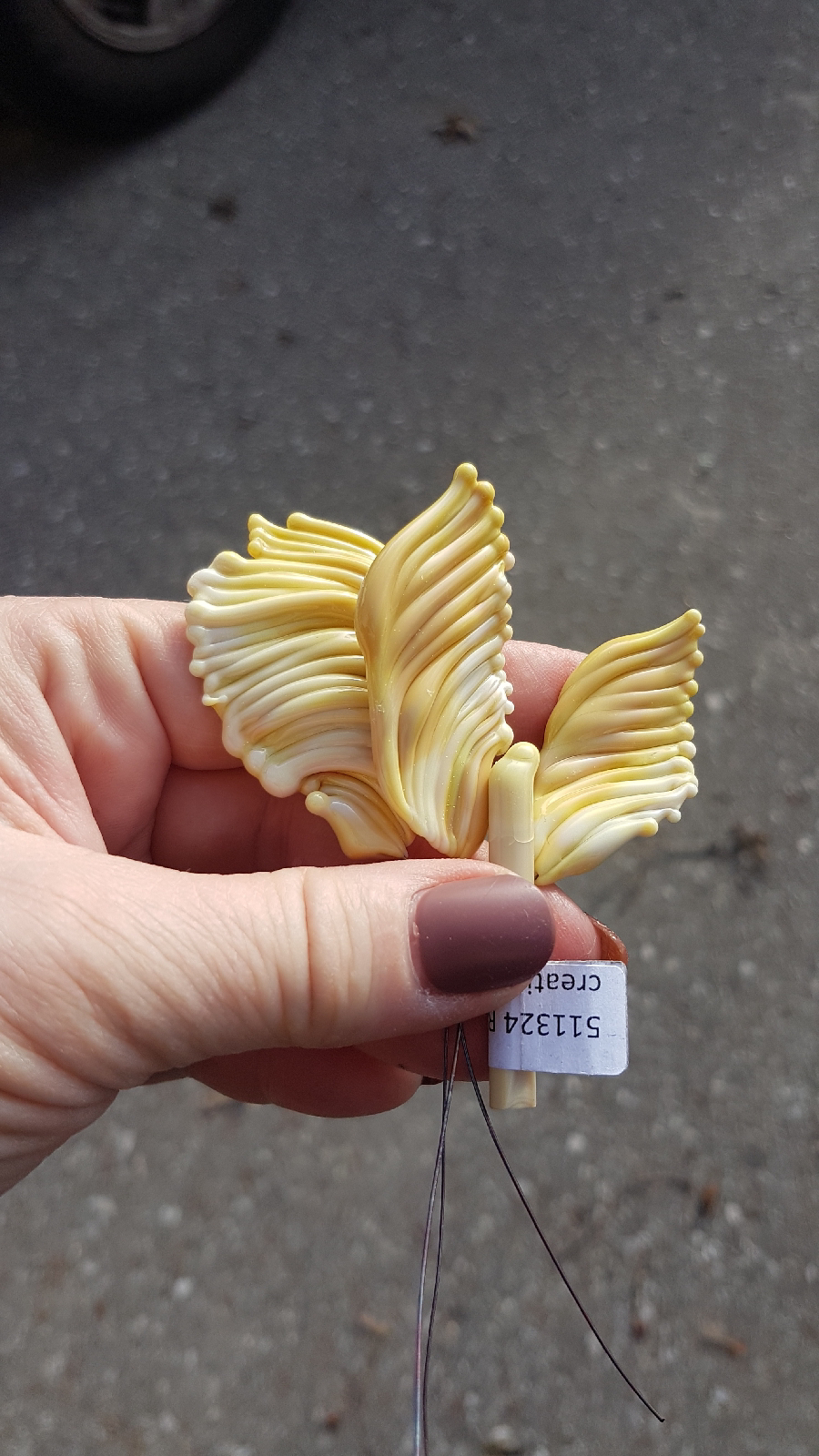 Posted by dragonjools at 1:21 p.m. No comments: