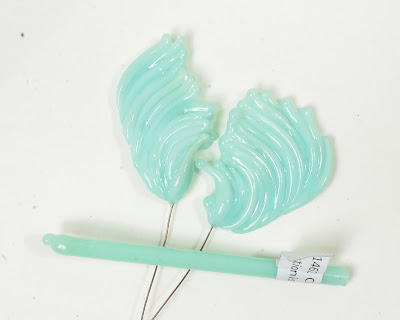 CiM Chrysalis is a translucent seafoam/amazonite colour - although lighter than CiM Seafoam, like that odd batch of Effetre Light Turquoise that looks green - but then works up to be the right color when you heat it. It is lighter than the Kryptonite too.

The goal was for Chrysalis to be an opaque version of Kryptonite, in fact, and while it is more opaque - it is lighter in saturation and hue too.

It gets quite a bit lighter too went worked, and goes more opaque. It's not as translucent as the opals (i.e. Kryptonite), and mostly - it will function as an opaque if it is used, say, as the base of a bead. But if you use it thin, or so that light can shine through it, like a thin leaf or wing - then you can see the light shining through. So I'm not sure how it will fair as, say, small dots on a strongly coloured background. You might need to back it with white then.

This photo show Chrysalis at the top, and Kryptonite below. 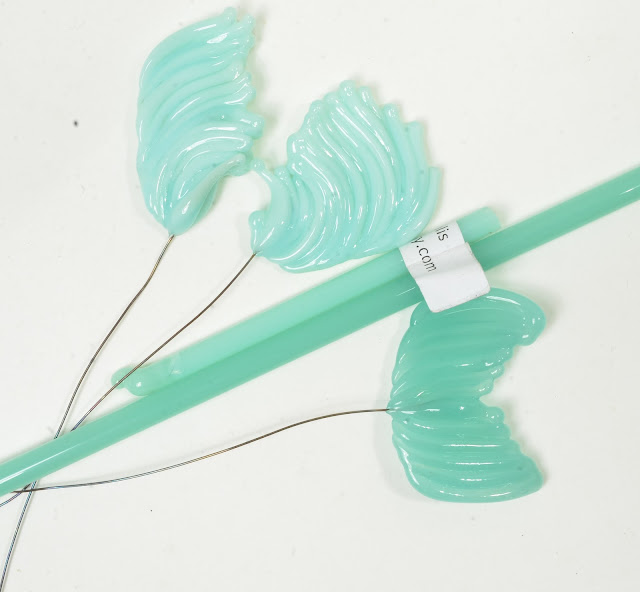