Imagine my surprise when, instead of a translucent yellow - I got Dark Swiss Chocolate. (You can see the rods in the background.) 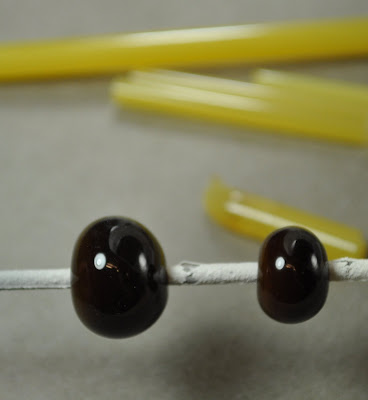 Well - maybe I'm working it too hot - it's been a while. Let's try cooler, on the Minor instead of the Mid-range.

Really? Not as dark, but wow - not what I expected either. 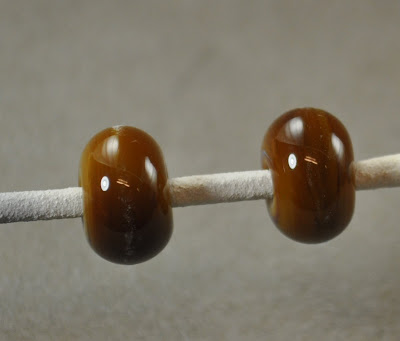 Back to the Mid-range. Let's try it with something else. Like some ivory. 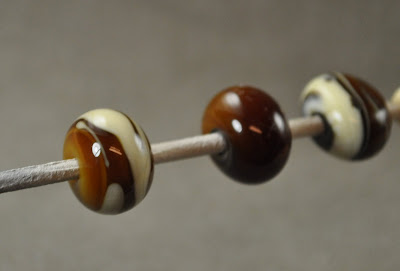 Maybe it's a striking thing. Am I over striking it? This one went into the kiln with no reheating. Apparently - striking it isn't the issue. 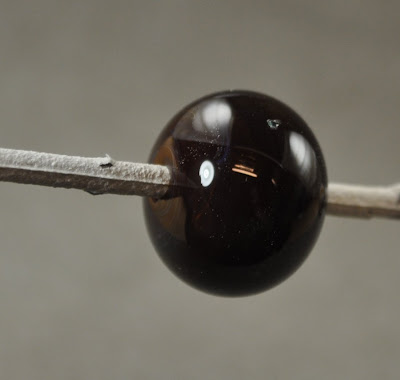 Well - this is odd. Maybe I got a weird batch. Now we're onto the 2nd day of trying to figure this out.

This is from the same pack as the last batch. Note the one on the right end - that's pretty much the colour I expected. The others have retained their translucency, and are attractive enough in their own right. 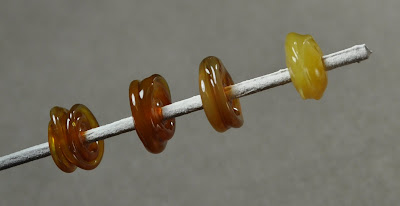 So I opened a fresh pack. It cause it was a mis-labeled odd lot.

But the results are the same. 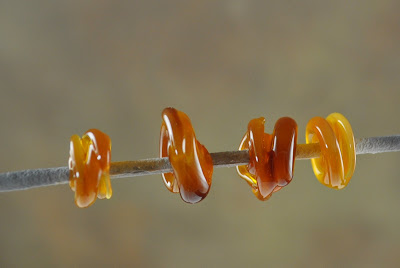 Oh, to heck with it. This little guy didn't go in the kiln at all. Et voila! Translucent melted butter yellow. So it's something to do with the annealing/kilning. 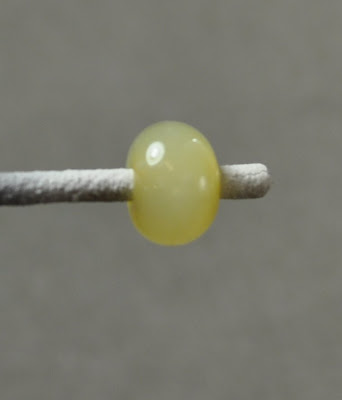 This one was a base of Ghee (from the old pack), rolled in silver foil, melted in, trails of ivory, raked. 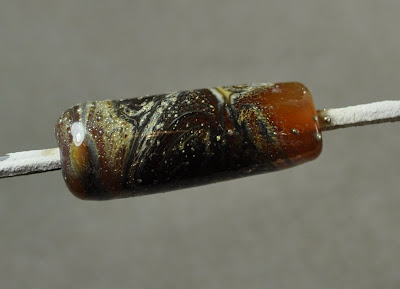 This is a base of Ghee, (old pack) and encased. 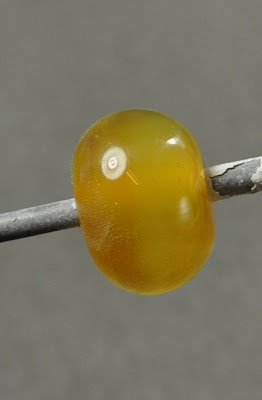 And this is a base of dichro, encased in clear, dabs of Ghee, encased again, and trails of Ghee on top. I expected the Ghee on top to go dark brown and the dabs that where encased to stay yellow. It didn't work out that way. 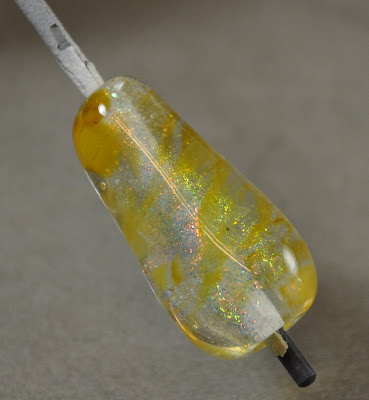 But I read on the CiM website that the annealing temperature does make a difference - and that the encased Ghee needs a higher temperature anneal. The encased Ghee spacer has, in fact, cracked since these experiments - although the one with the dichro is still fine - but has a very small proportion of Ghee in it.

I think I'm going to have to try a lower temperature anneal. My long, hot annealing - which I default to because of the Lauscha colours and clear that I use - are apparently not what this glass likes. Except if you are encasing it. Hmmm.
Posted by dragonjools at 10:24 p.m.