So in a head-to-head comparison of these three newest reds - which wins?

Well - when it comes to colour - we all win, but here they are, side by side. 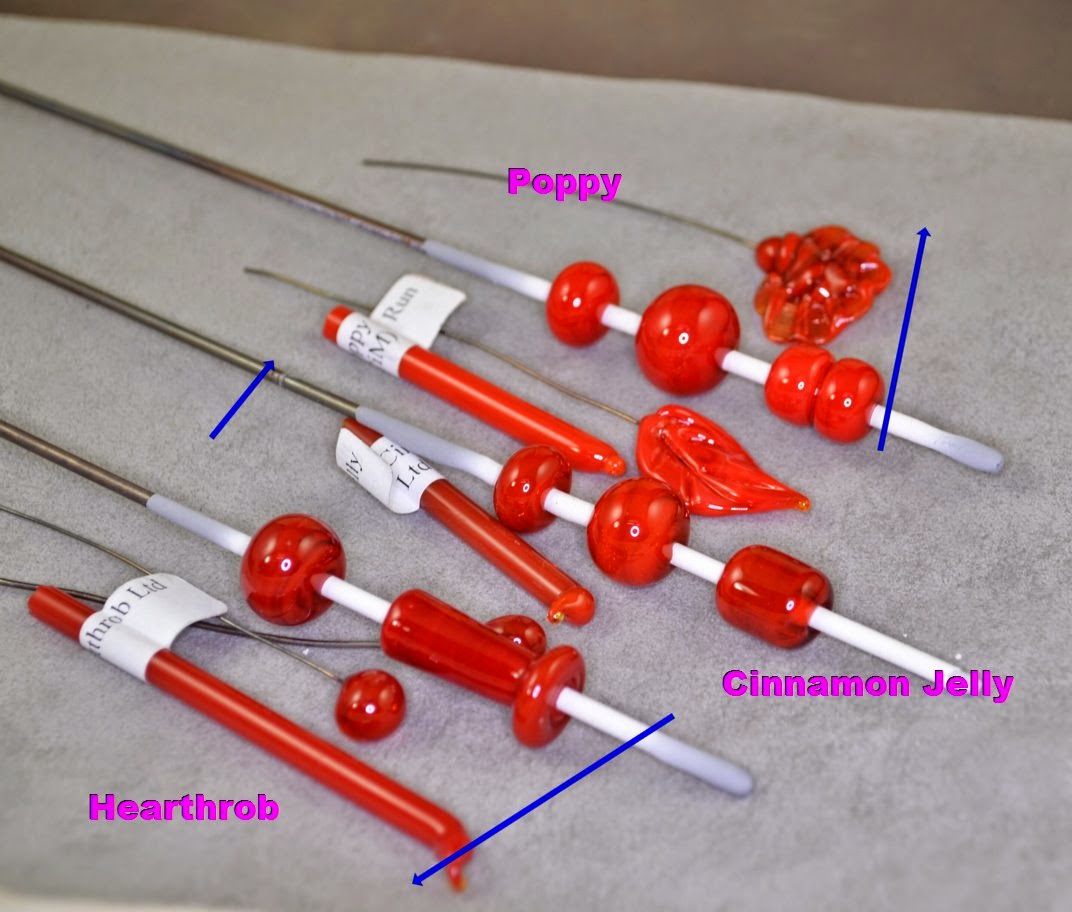 Despite being very similar,  the Hearthrob is the winner in terms of beautiful, drop-dead red. It may, in fact, be a little on the blue side - more raspberry than strawberry, but for my money - it is the red that I want things to be when I say red.

The Cinnamon Jelly, however, is very, very close, and it's quite possible that if you made a bunch of beads with one or the other, you'd be hard pressed to tell them apart.

Under these circumstances, the Poppy looks a little on the orangey side, but it mostly a matter of comparison. Examined by itself, and the Poppy looks like the intense flaming red it is named for.

Again, just for comparison's sake - this is a colour corrected image. You can see the slightly more orangey aspect of the Poppy, but it really is a red. 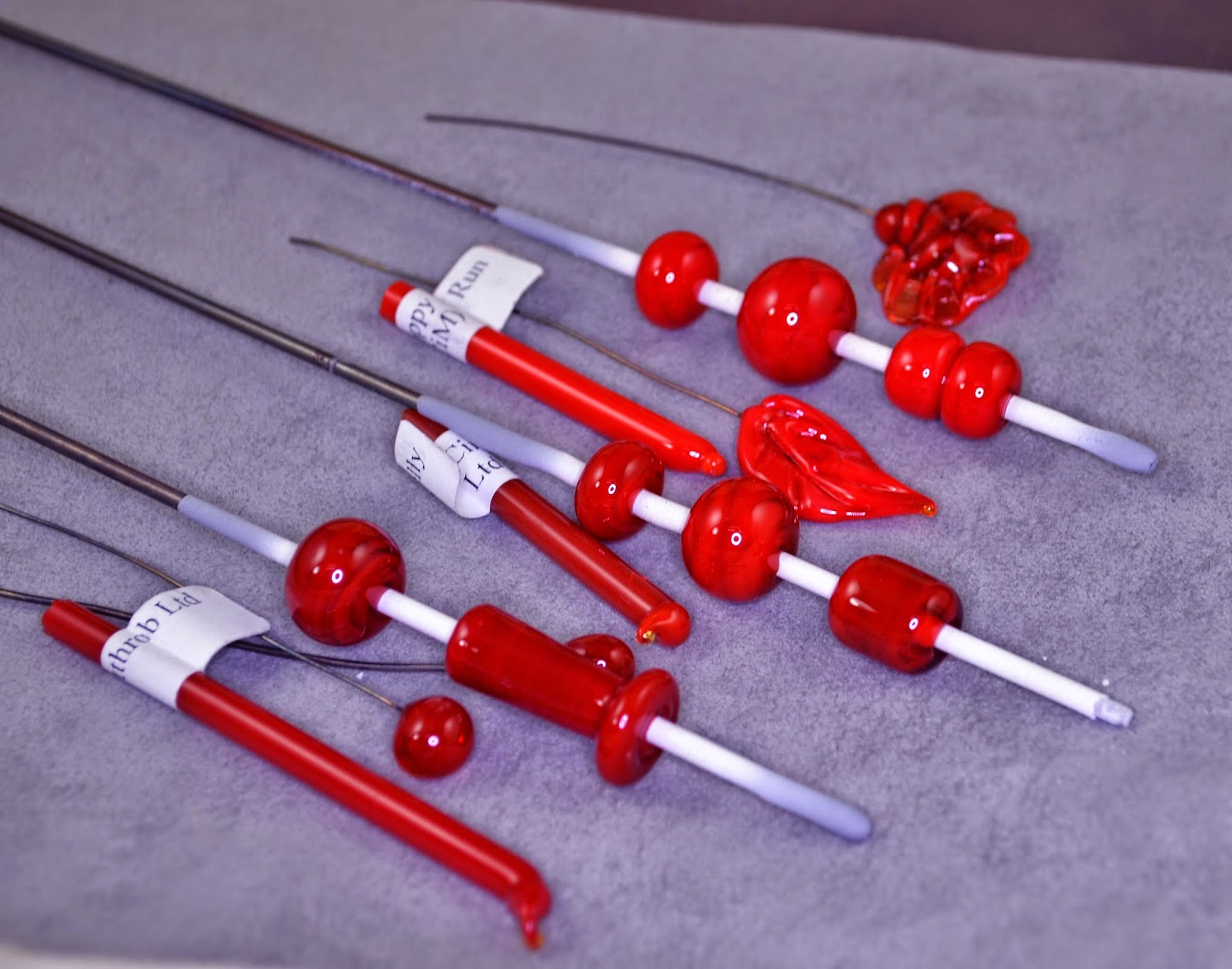 Choose any one of these if you want a bright red, although Hearthrob would be my favourite.

Except Poppy, with it's translucency, does seem to almost glow ... .
Posted by dragonjools at 11:30 p.m.