Cyan / Dark Red is one of the more common colours you will see in Dichro, along with the Magenta / Blue. Once again, I should have photo'd the rod before working it.

Kind of hard to get the rationale for the name from these pics, but who cares, they are yummy. 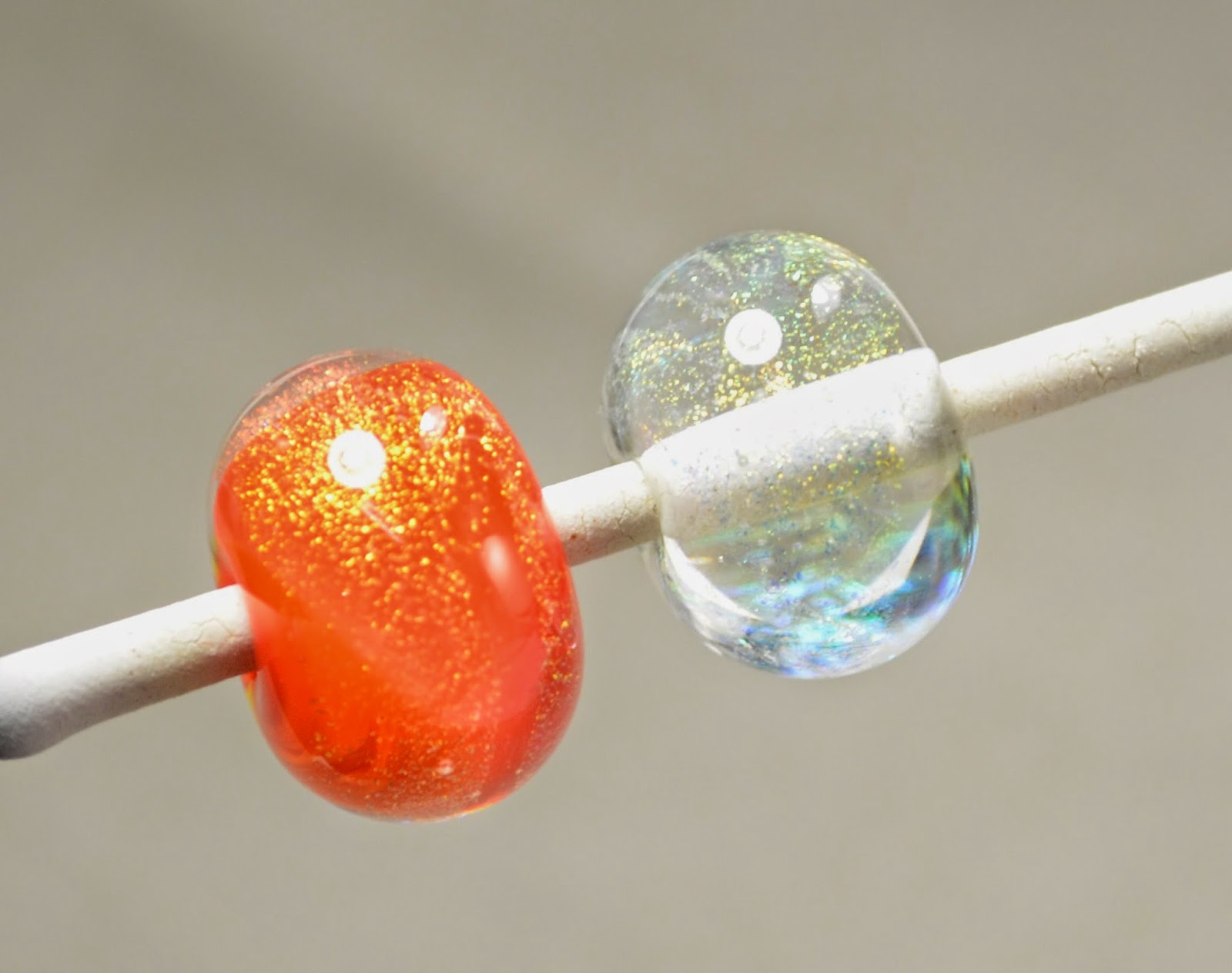 These are a base of CiM Mariner (a transparent teal), a layer of dichro, and encase in Uro clear. The dichro is more like green and gold, with just a hit of red. 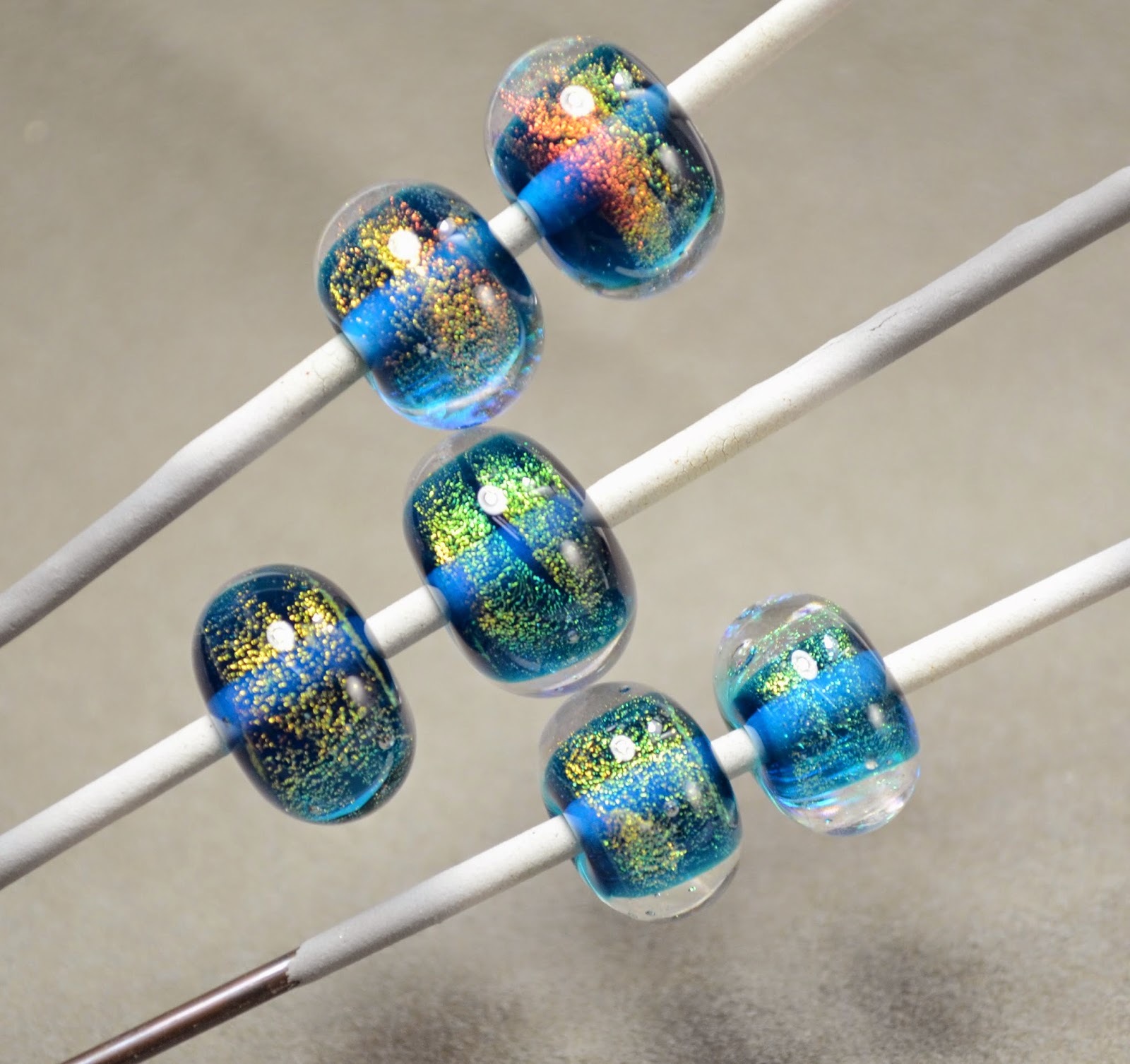 Definitely a cooler look to the colours than the last dichro, though. Cool as in color, not cooler as in desirability - which they are both equally gorgeous.