Well - once I've committed to buying one thing off a web site - I generally go and look for something else that I might want. At that point - shipping is already paid, so I figure I might as well get something else too. When I commissioned the signature stamp from Leonardo Lampwork, I then had a look around the web site to see what else I might want. There are lots of cool stamps / imprinting tools there. (I just had another look, and I see a bunch more that I don't recognize, so either more have been added or restocked, or I was just in a fog. Just as well. It would have cost more if I had seen them.)

So when I spotted the paw print - it was a given that I had to get it. Good thing there was no dragon foot prints - I'd have had to get those too.

There were different styles and sizes, and after awhile, I kind of got lost trying to figure out what the difference was. I elected to go with the revised large and the mini. Because they don't all sort out together on the site - I had trouble keeping track of them all - which is stupid - because I could have just opened different browser tabs every time I found one I liked. Or loaded them all into the shopping cart and sorted them out from there. Anyway - I'll buy a revised anything, and the mini-anything, I've learned, is usually more useful than the one I select.

This is the larger of the two - the paw print is about 12 mm across, or just shy of half an inch. It is raised, so the imprint is an indent, like an actual paw print in the snow, sand, concrete, ... . 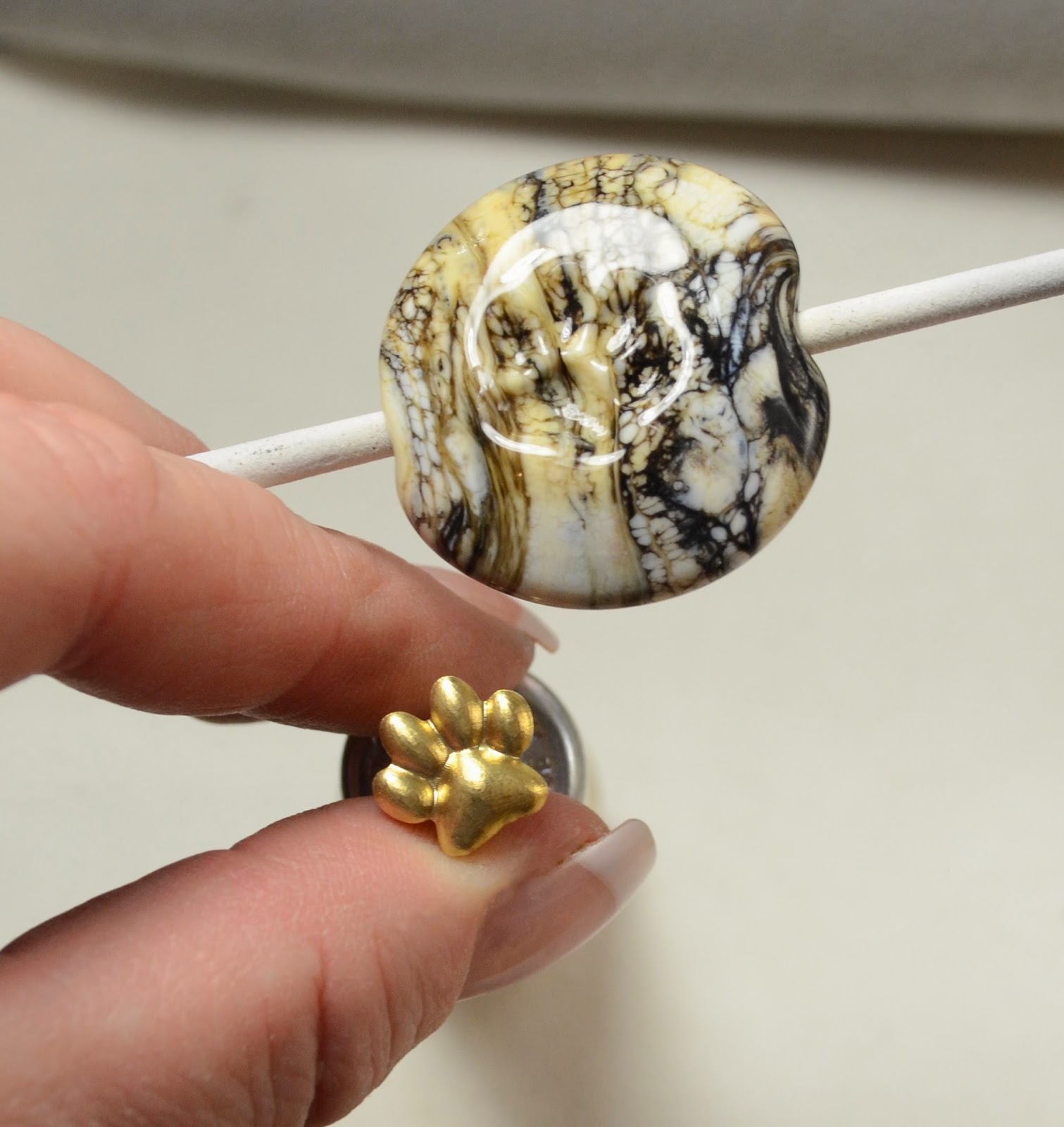 It's a little tough to see the impression on this particular glass (Eff. Ebony and Ivory, again) - but the print is quite large and well defined and I'm quite pleased with it. You know there are going to be heart beads with paw prints on them ... . 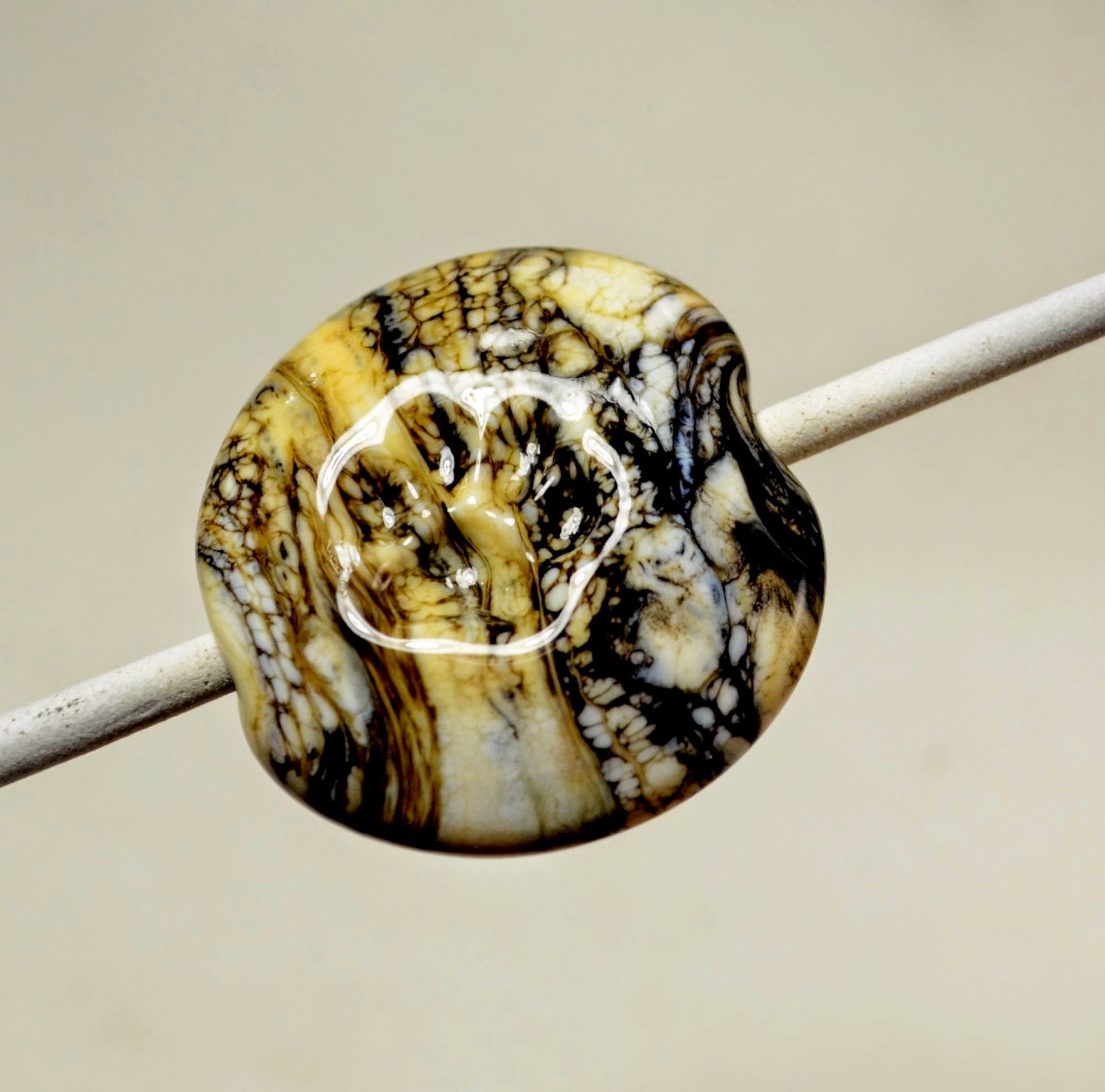 This one, the mini, is concave, not-raised, hollowed out, if you will, and leaves a print that is raised, is in relief, surrounded by a circle. The circle is 6 mm across - so the whole thing is half the size of the larger one. Again, it works very well - and I'm very pleased with it. 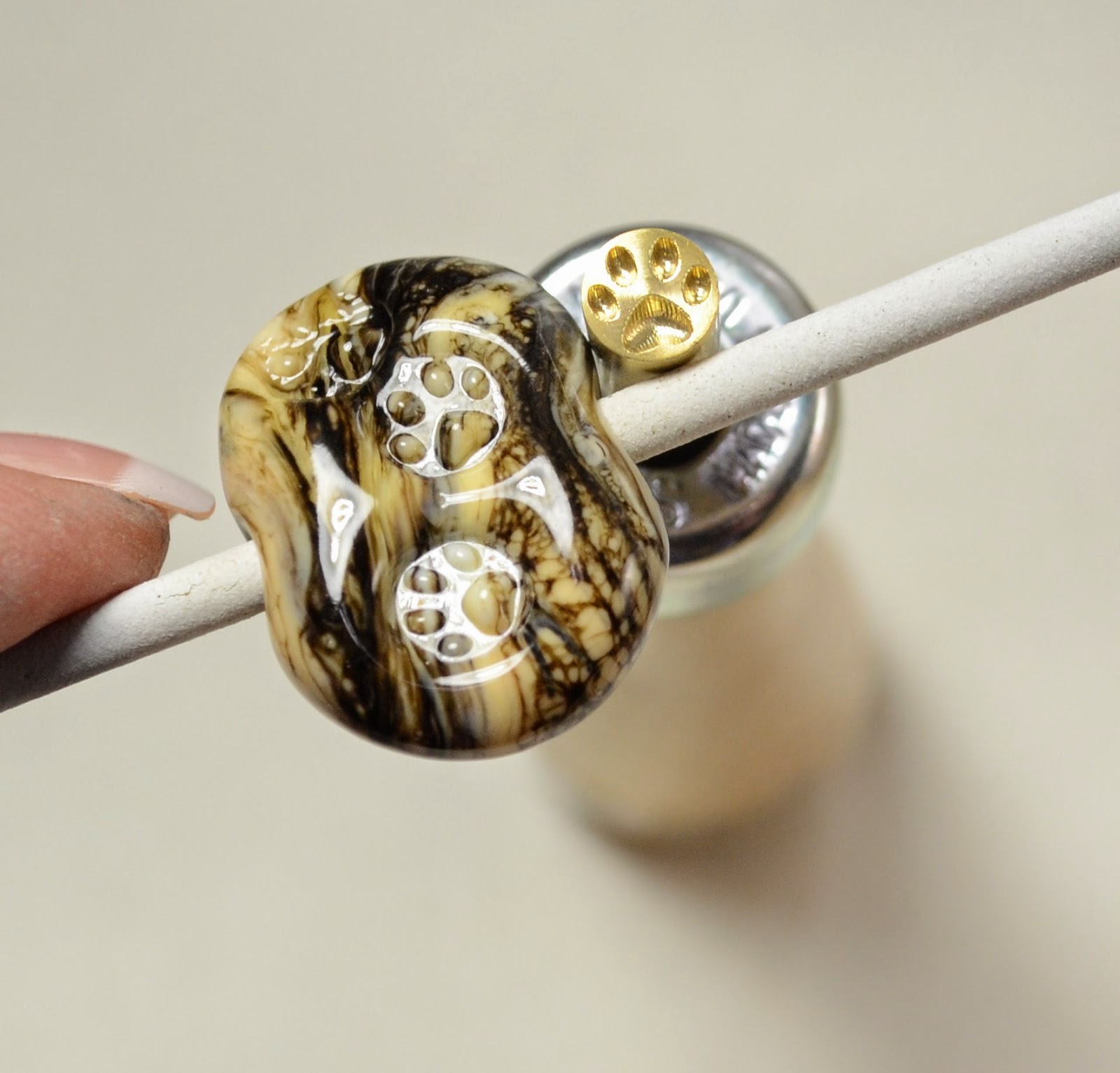 You could use the smaller one as a signature stamp - especially if you had named yourself "Dog Beads," "Dog, the Bead Hunter," or "Paws to Bead."

Overall - buying from Karen Leonardo was a joy. Fast and clear communication, prompt shipment, well packed, arrived safely. Five Stars Up, or how ever you want to rate things. ;-)