After my post about "Earth" - I got an email from Viviane at Pferdediebin - telling me I was apparently on some other planet on Earth. ;-)

The upshot is - that THIS is the beautiful effect she gets from Earth. 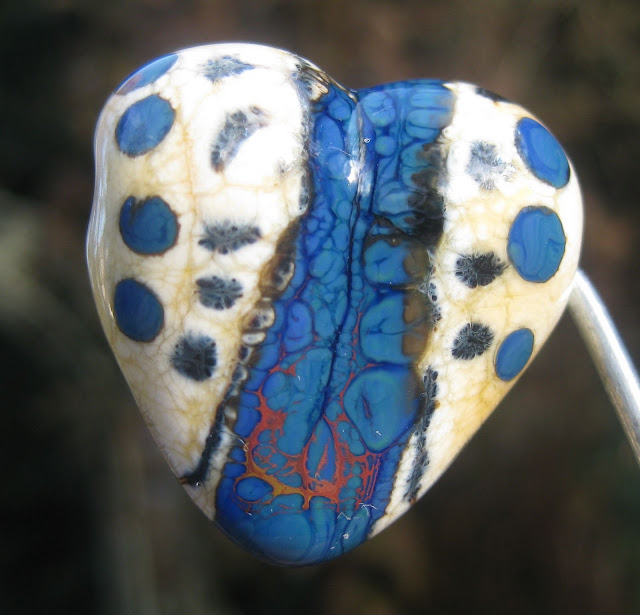 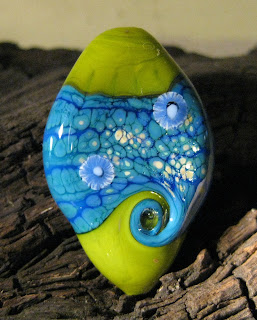 Hmmmph - a far cry from what I got.

She suggested that it was because she was using it larger and working quite hot - so I decided to take another run at it.

This is a clear core (because I just don't have much of the Earth - I didn't start with much, and I'm now running out! When it went into the kiln - I really thought I had it - beautiful streaky patterns. But coming out of the kiln - wow - it's really pretty - but not getting that turquoise and blue thing happening.  I really did cook this - but admittedly  - it is a thinnish layer of Earth. 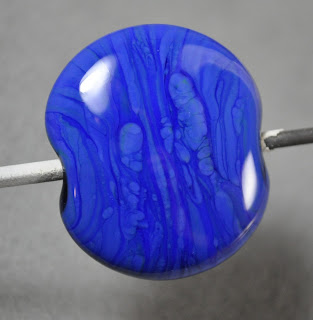 Next bead - same thing - I like it - but not the same effect at all. 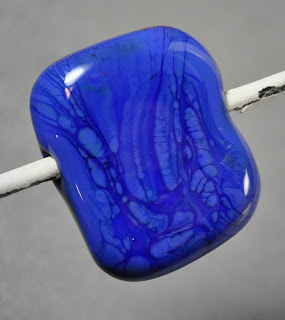 However, I did try reducing it - and wow! Look at these desert colours! Is this not totally awesome? Especially in contrast with the blue! 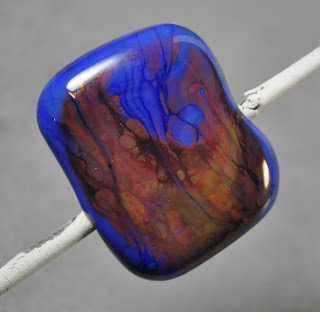 So anyway - I'm going to keep trying with the Earth until I get the turquoise and blue thing figured out. And if you want to see more of Pferdediebin's beads and glass tests - she too blogs on her tests of colours - check out her blog at http://pferdediebin.blogspot.com/. If you don't happen to read German - then open the site in the Opera browser, and let it translate for you automatically. She also has some cool murrini for sale on etsy.

Anyway - I'm thinking from her photo of the heart that maybe a slightly reducing flame is in order - but I'm out of the glass - so it's off to Nortel for me to get more of this intriguing colour!
Posted by dragonjools at 11:10 p.m.