Yeesh - a shortage of white.

Good thing it's white, and not some useful colour. ;-)


This has an off-white look in the rod - that isn't readily apparent in this photo, but makes you think of Effetre 208 Anise or Winter White.

Below - the two beads on the right are Vetro New White, and the one on the left is white is half and half - the other half is a white which I had laying around, unlabeled - so I'm not dead certain, but I believe it is Effetre 204 White. 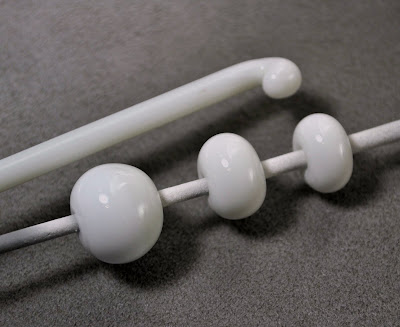 It definitely reads as white. 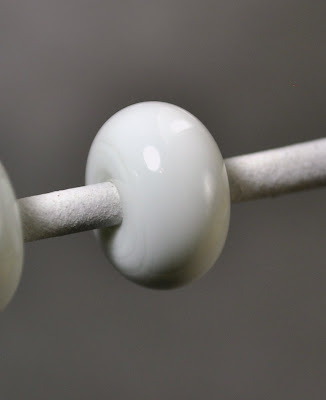 This bead (below) is the half and half. The right side is Vetro New White, the left side is Eff 204 White. (Probably - anyway - a regular white.) You can, barely, see a line between the two and a slight colour different. Barely. 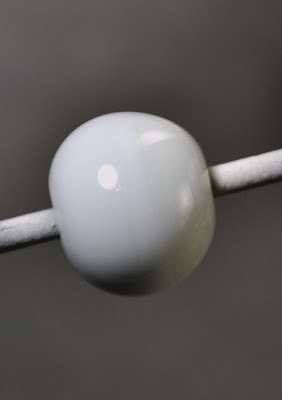 Here, you can see the line more readily - at the edge of my fingernail. 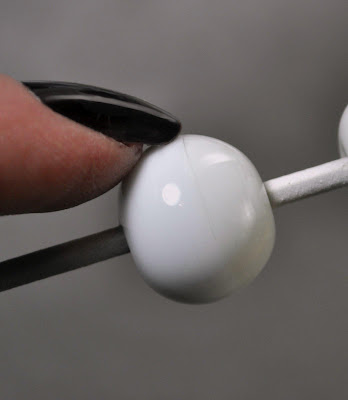 It is not quite as bright a white as you might be used to - but I don't think it is even as extreme as saying it is the difference between regular photocopy paper and the good stuff. You might look at it and say - "Well - it's not a pure white - not as white as it could be, but still a white." The cast, such as it is, it the warm colours, not blues.

One of the very interesting things about this white, however, is how much longer it takes to go back to being opaque as it cools. It is significantly longer - so much so that with the half and half bead, I had time to peer inside the still transparent New White side, and look at the inside of the now white-on-the-outside regular-white half. That was interesting.

These are New White with trails and dots of Double Helix Triton, reduced. The white has readily and dramatically fumed from the silver in the Triton. 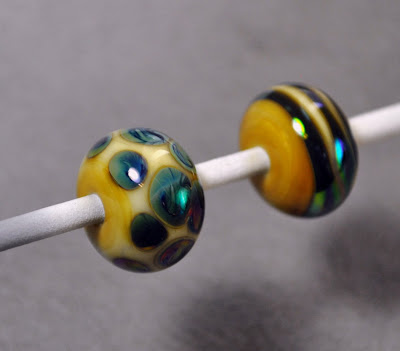 And this is just a big ol' end-of-day bead - the base is scraps of clear, New White goobered all over it, trails of Triton and Clio. Scumble it all around with a rake and give it lots of heat. Shape that baby, fire-polish it well, kiss it with reduction, kiln it. Very Organic. 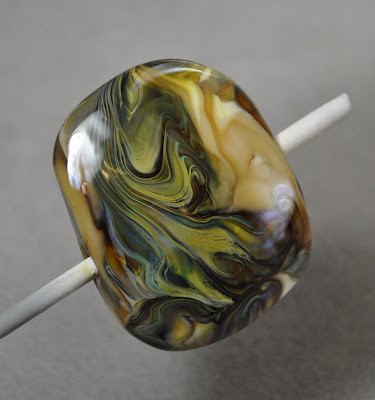 Email ThisBlogThis!Share to TwitterShare to FacebookShare to Pinterest
Labels: Vetro