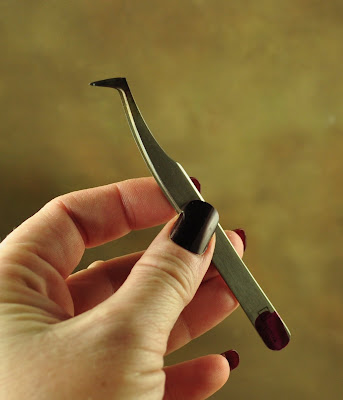 I don't know what these tweezers are called - I've been calling them "duckbill tweezers" because - that's what Kathy Johnson called them in the class I took with her. I think I bought the last remaining pair on the planet - as I haven't seen any since.

It disturbs me that I have only one pair and no source - if something happens to them ... .

Anyway - the reason they are awesome is: 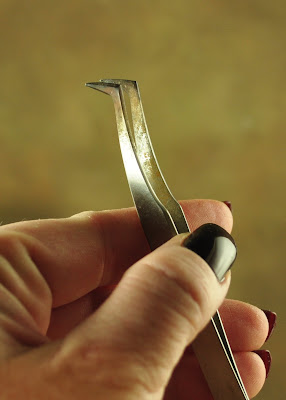 The red patch at the end of them, by the way - is a mark made with nail polish. I put marks on all my tools so that at the end of a class - I can say - all the tools with red marks come back to me. It's equally useful whether I'm teaching the class, taking the class, or just demo'ing. 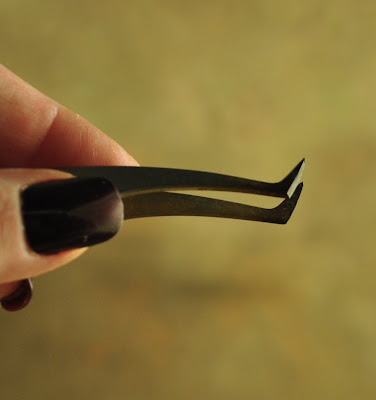 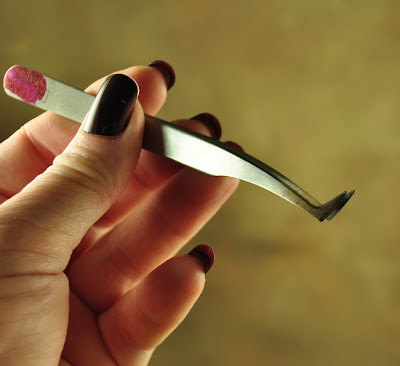 If anyone knows what they are "really" called, what they are supposed to be used for, or where they come from, please do leave a comment. I've described them to many people - who then promptly point me to bent-nose tweezers. That close-to-90-degree bend is important - and the shallow bend of the regular bent-nose tweezers just doesn't cut it.
Posted by dragonjools at 11:13 a.m.