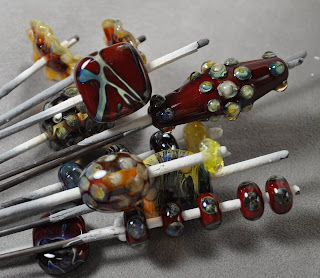 Please note. I apparently can't read my own handwriting. This posting is supposed to illustrate using Double Helix Aurae over Sangre. The results are reported accurately - except that the glass I used was actually Aion, not Aurae. So this is what you get by using Aion over Sangre. See this post for Actually using Aurae over Sangre.

I can not take any credit for this colour combination - well, except that I did do something similar quite a while back, I have the beads on my watch still. Don't seem to be able to find the post though.

I was reading someone else's blog the other day - and they mention CiM Sangre + Double Helix Aurae. And the pics - blue on red. Kewel! (And - I can not remember, nor find, whose blog that was - so if you recognize the blog - or yourself - I apologize. Please let me know and I'll update this.)


Double Helix Aurae Aion trails over CiM Sangre. Hot d4mn - I like it! 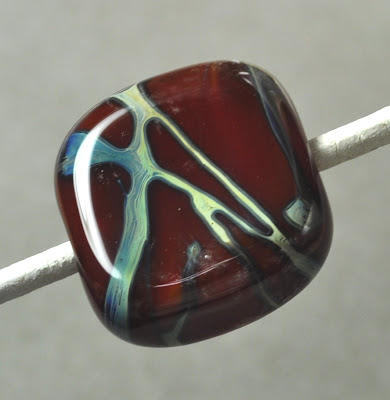 Just for fun, Clio over Sangre. Interesting - not quite as dramatic. 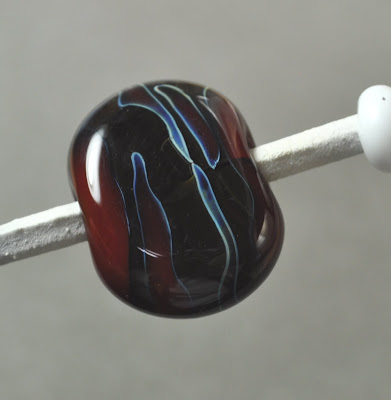 Aurae Aion dots on Sangre, the dots on the left most bead have clear on top. 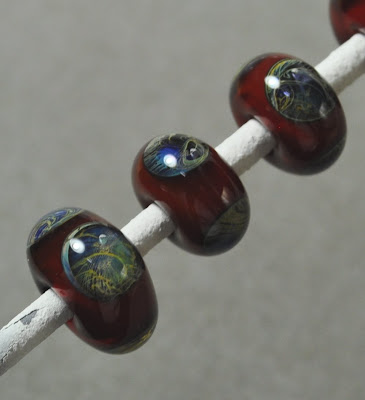 Clear base bead, encased Sangre (as I don't have that much of it laying around), Encased with Aurae Aion. I was expecting blue all over. Eww. Not so much. Added trails of ivory. Getting ugly. Haze developing. Ick, Ick, Ick. Hit it with reduction flame. Blue popped. Bead saved! Score! 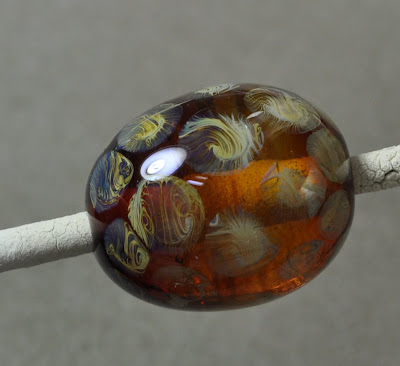 Does it have to be CiM Sangre? This is Effetre 438 Opaque Dark Purple Red. Centre dots are Aurae Aion with clear, outer dots are Clio, with clear. Apparently - it just needs to be red. 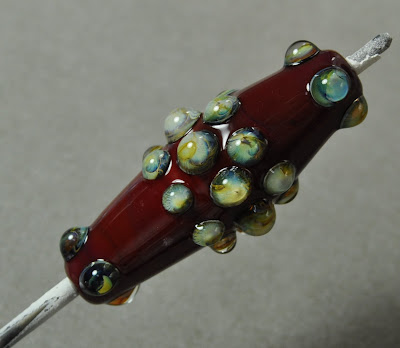 Clear base, dots of 438, Aurae Aion dots on top, with some dots in between that are just Aurae Aion. Melt smooth. 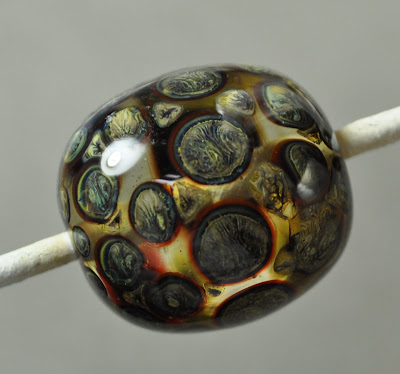