I Screwed Up: Aion vs Aurae - or - I still can't read my own handwriting 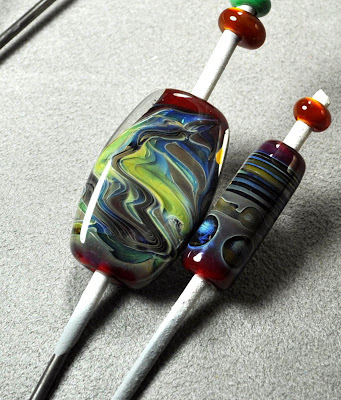 OK - I admit it. I effed this one up. I apparently suffered a blonde moment and a senior moment at the same time.

The combo that I read about on Patti Frantz's blog was Sangre + Aurae. I turned to my stash o' glass and pulled out, from the Double Helix section, a rod from the tube labeled "A - something something something" Short work, starts with "A" - must be Aurae, right?

Wrong. Clear rods. Aion. Aurae is a light purple in the rod. So, I forgot what Aurae looks like unworked, and I can't read my own handwriting.

So - all that stuff I wrote about Aurae is actually about Aion (and I will go and note that in the entry.)

So, trying that again:

Just a reminder, this one, from last week's post, is CiM Sangre + Aion. And I still like it. 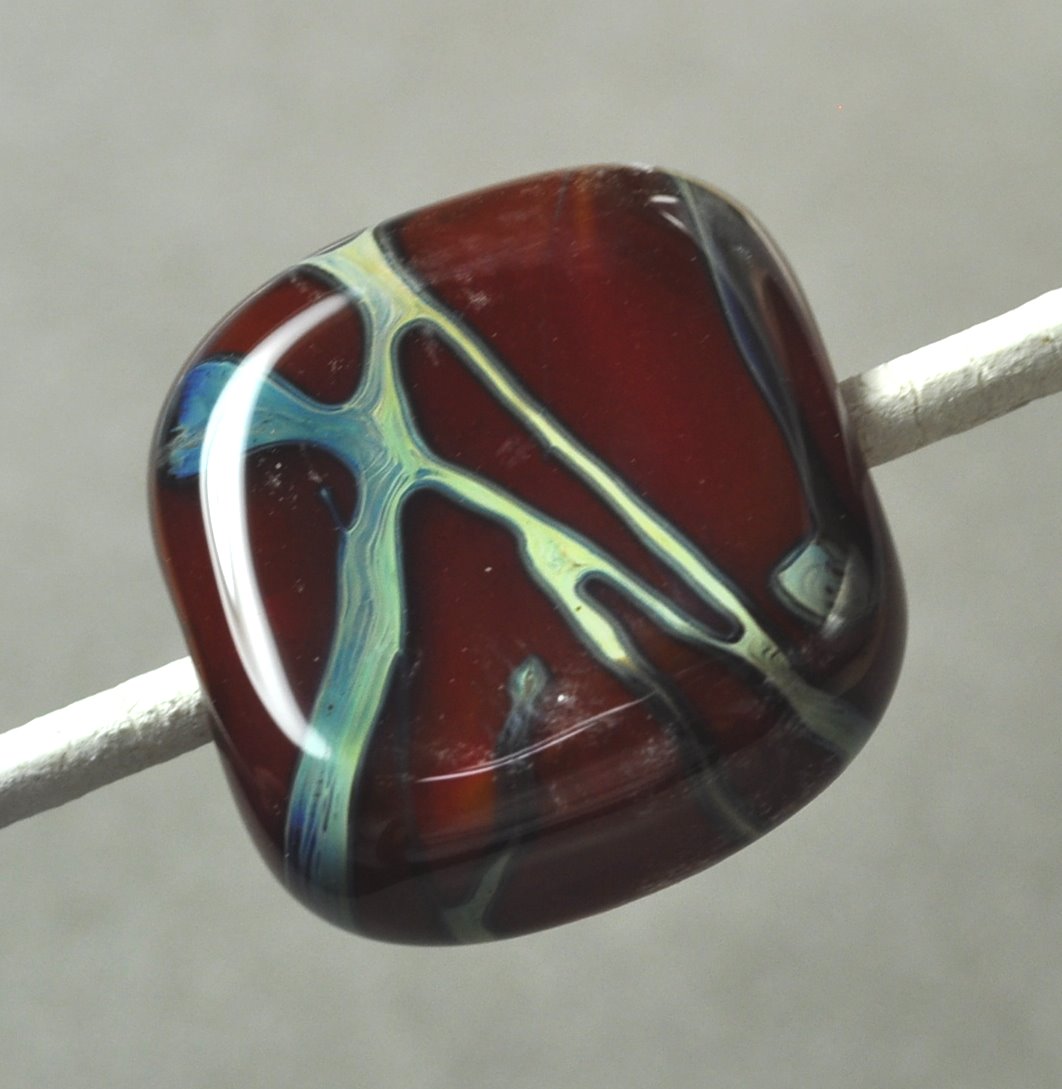 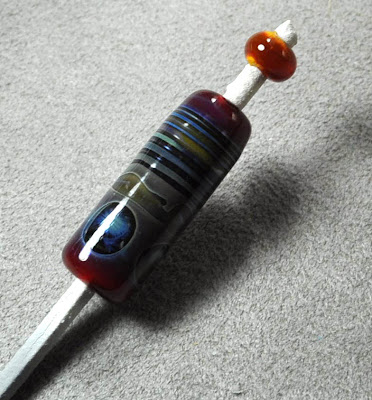 This is Sangre + Aurae, encased. And it's pretty darn cool too! 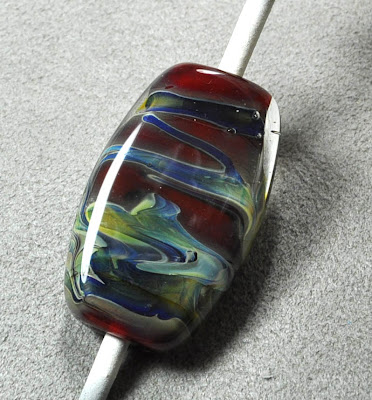 This, just as a refresher, is Aurae by itself in spacers. It reduces lightly. 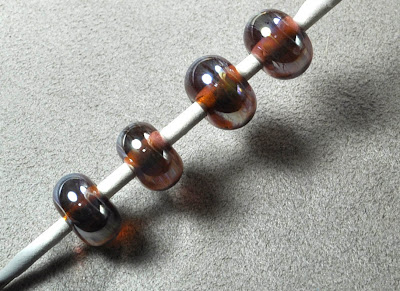 And this is Aurae, encased with clear. You can see how this is a little confusing - but the Aurae is, I suspect, essentially fuming the clear and making it golden yellow. These were worked pretty hot. They looked blue when I put them into the kiln. 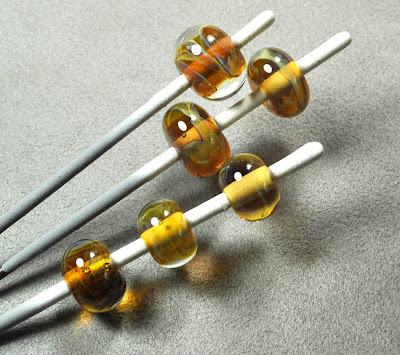 And this is Aurae + some other red that I had laying around, not Sangre. And it looks awful. Aurae = not the same as Aion. Both are good. Aion works on other reds. Aurae does not - well - further testing would be required to double check all of them. Treat as potentially ugly and test before doing a production run.

Sorry about that folks!
Posted by dragonjools at 11:00 a.m.