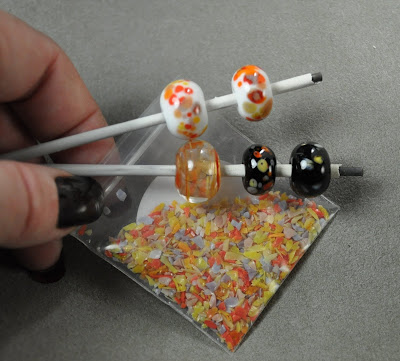 Well - here we go again - a new selection of frits. By now - you know about me and frits and my questionable relationship with them. But I am starting to get somewhere - and lord knows, just because I'm bad at something - doesn't stop me from doing it.

Unless it is parachuting. I realized that being bad at that could kill me - so I stopped after the first jump and only a broken ankle. But that is another story.

The working notes for this blend say:

So, here we have it on white. It was shades of pink when it was hot. But, orange and red it said, and orange and red, and yellow and a grey violet is what we get. 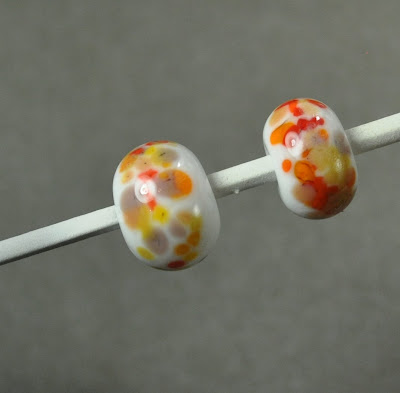 From the left we have: 1) clear gather, dip and wind. 2) On Hades. 3) And on Hades, and encased. Apparently, that one could have used more frit and less heat. I've swirled the frit into total obscurity on that one. 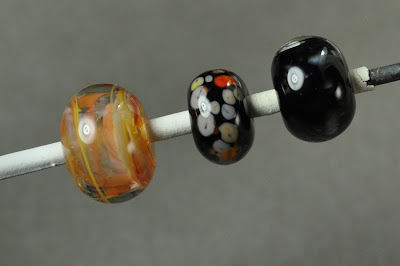 Then I tried two implosion flowers. I was quite pleased with these, but then - I noticed that they both cracked. 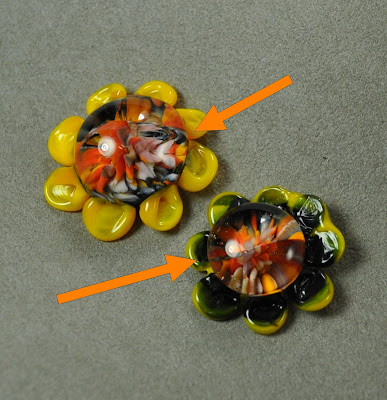 Big, honking cracks through the clear. I used Lauscha clear for this. I was pretty disappointed. But I suspected that the fault was mine - not the frit or the clear. 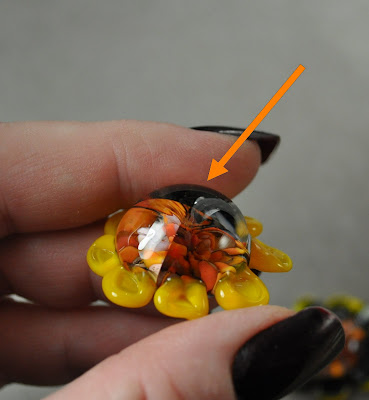 I went back and tried again. Much better. For what it's worth, this is a much flatter profile, more like a button than a snow globe, and I like it a lot better. And no cracking. I've bashed this and whacked it a few times too - so I think it would have cracked if it was a compatibility issue. Hey - maybe I should look at these under the polariscope! (Update: I did - inasmuchas it's hard to see on the side - it looks fine.) 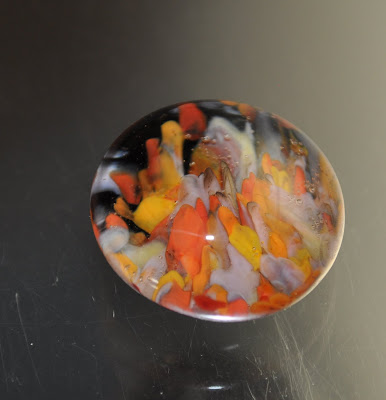 This is a nice, happy blend of summery colours. The light mauve stops it from being too over the top and adds a little sophistication.
Posted by dragonjools at 11:52 a.m.