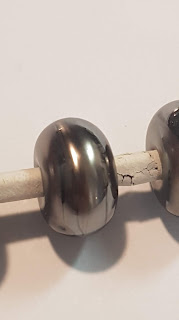 CiM Tahitian Pearl is a colour that develops a glossy metallic dark silver or gunmetal colour.

It does this easily, without any particular effort on the part of the user. In fact, when I put these in the kiln, they actually looked a streaky chocolate brown, which worried me a little, but they came out gorgeous! 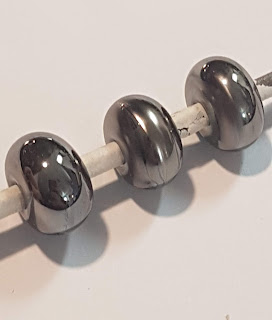 The first thing I thought was, what is the comparison with this and Effetre's 065 Metallic Black and 275 Dark Silver Plum? 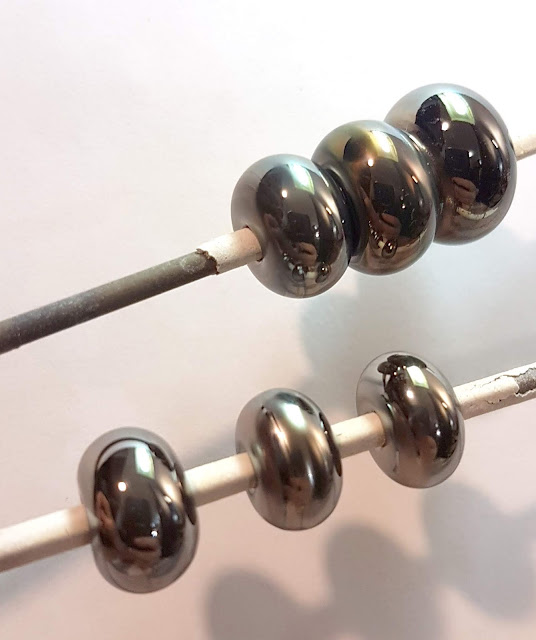 The Dark Silver Plum has a bit of a reputation for pitting and creating fireworks, but I can't say that I think this test was definitive enough to say that the Tahitian Pearl doesn't do it - it just wasn't a big enough piece.

Dark Silver Plum does some nice things with ivory - bleeding and webbing - so it will be worth it to try it with the Tahitian Pearl - as soon as I get my hands on some more of it!