Effetre's Transparent Electric Yellow is a striking color. Again - for those of you who have wandered into this blog by mistake and don't know what that means - it means that the glass changes colour with gentle re-heating after the initial process of heating and shaping.

Generally - when I teach, and I explain that one of the appeals of working with soft glass is that it is largely wysiwyg - and then I have to explain that transparent yellow, orange, and red are the exception to this. 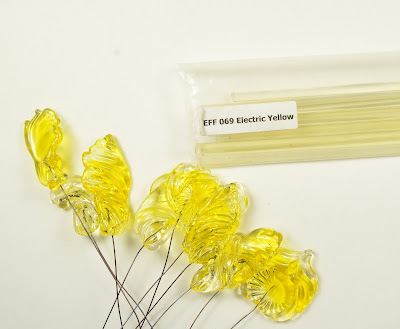 At that point - they are into information overload and it doesn't stick, and it's not until the rod of light amber starts to go red at the tip that they ask "What is going on here" that it does stick.

You can see here that the unworked rods are very pale indeed. Often with the striking transparents you will be able to see just the thinnest of cores - like a tiny thread down the middle of the rod. Looking at them end-on will also help you sort them out from the other colours that you have accidentally mixed them in with.

Anyhoo - the striking colours tend to vary oodles from batch to batch - so it really pays to approach a new package with an open mind and a sense of adventure.

Generally - I don't find that the Effetre colours need much in the way of a conscious striking process. They just strike naturally with the working process, or in the kiln after. This batch would appear to be an exception.

These two were the first up, and I was concerned about the lack of color development. I popped them into the kiln, but as I added a few more - they weren't developing much more in the way of colour. Hmm. 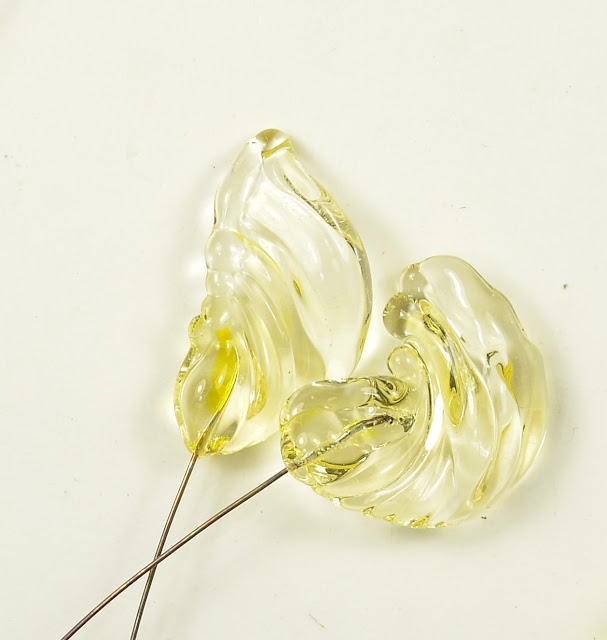 The tips of the rods, sitting, as they do, on my metal assistant (rod rack) that keeps the tips in or near the flame, were striking - so it wasn't that I had a pack of something else.

So I started making an effort to strike them. I fiddled around for a bit, and found that they needed quite a bit of heat, and sustained heat, to strike. Holding them in the flame until they blushed and developed a layer of fog on the surface seemed to be the best approach. How much heat they got before being laid down did not seem to make a difference (soupy hot vs barely moving).

Holding them in the flame long enough to get the haze to develop without them losing their shape and texture was the next challenge, and so I turned the oxygen down and reduced them. The reduction flame was softer, and I worker further out. It had no nasty effects like sootiness or black streaks or anything, it just gave me a softer, bushier flame. So I then got much better colour developing. 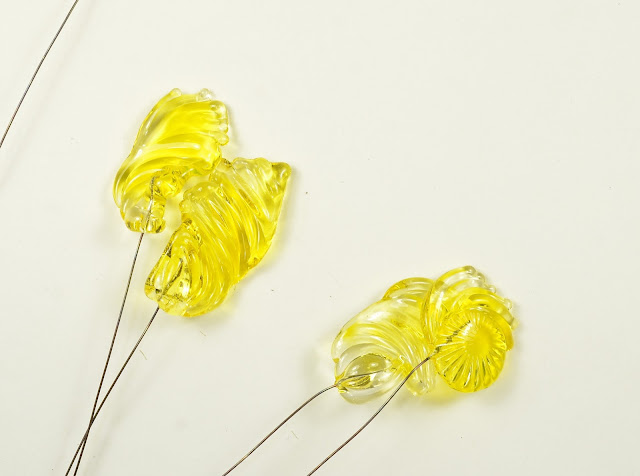 Quite the range, eh? One thing that did not happen was any kind of opacity or cloudiness in these. They have stayed sparklingly clear. 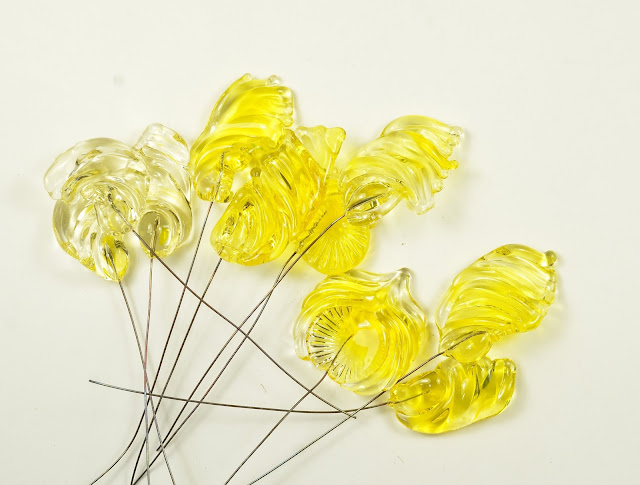 And that sparkling clarity definitely shows when compared to other yellows. It has a juicy, liveliness to it. 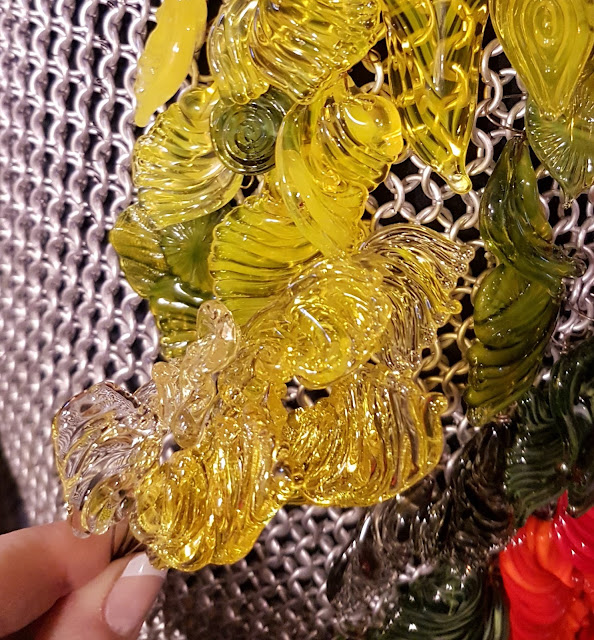 Striking colours - you're never quite sure what you'll get next.
Posted by dragonjools at 9:23 a.m.