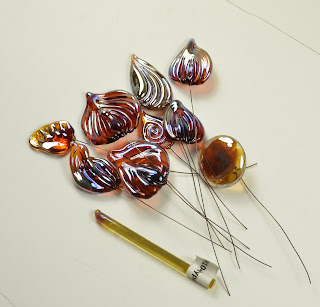 Specifically - I'm looking for a metallic gold look - because "I am trying to replicate an effect that I got on a bead once but I don't remember what I used."

Not sure this was it, but it is interesting and all part of the learning curve.

Hyperion is a light amber that strikes to a deep amber and reduces to an effect from light lustre to mirror.

Held up to the light - it is transparent. 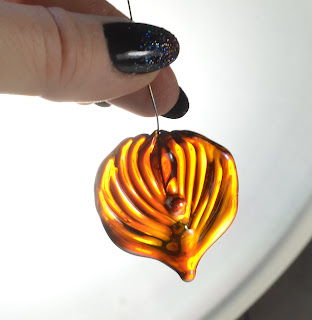 Depending on the angle - the lustre may show rainbow colours or just be completely reflective. 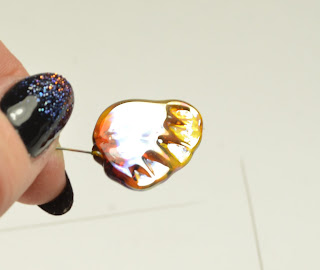 Interestingly - the darker the base - the more reflective it is. I think this might be a "thing" - because they do paint black behind the silver layer on a mirror to make it more reflective.

This particular piece, I had a slightly reducing flame and the inital melt went that sludgey grey-brown that we all know and hate. I turned up the oxygen and covered the reduction in fresh glass - but the end result is that the opacity makes for a more reflective piece. 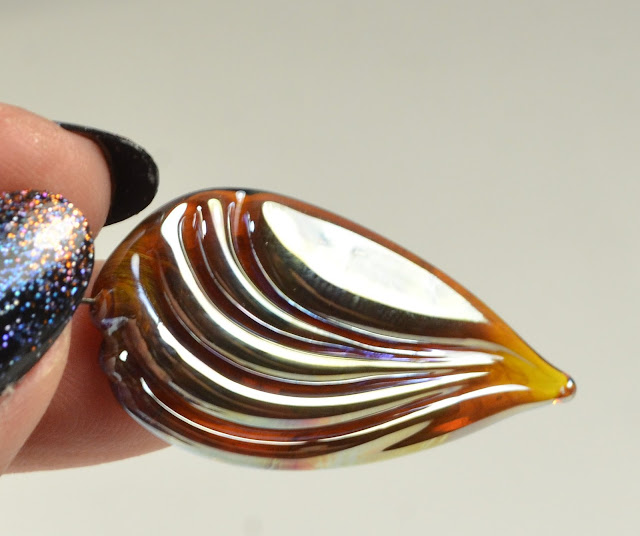 Same thing here - I tried reducing and encasing and it looked like crap - so I covered it with more Hyperion and reduced it again, and wow - mirror! 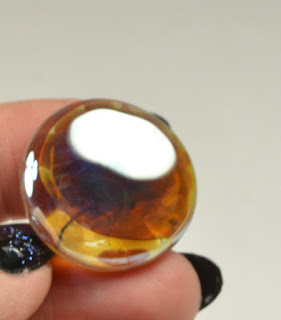 Look at that reflection! 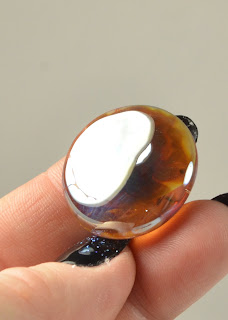 On the back - you can see some of the colours that you can see in the photo on Double Helix's site, where you can see a bit of the encasing. I think I must have over reduced it before encasing - according to their working notes. Which was why I was unhappy and covered it up. 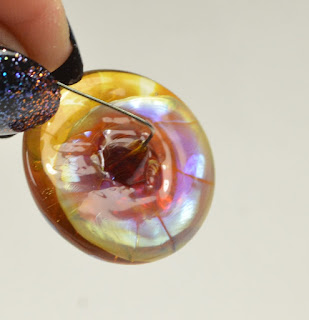 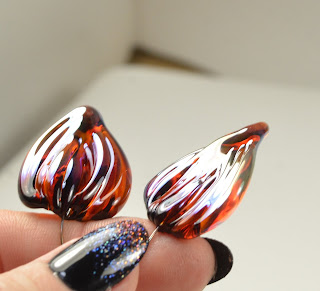 In person - these are very nice and the mirror effect is very impressive.

As with the Triton I mentioned the other day - best effects come from waiting until all the glow is out of the glass before reducing.
Posted by dragonjools at 8:52 a.m.