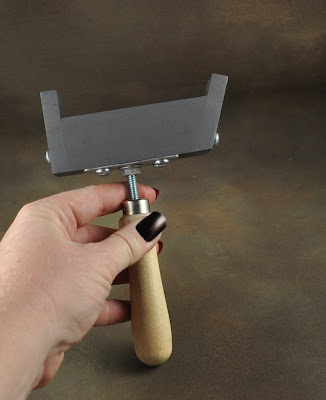 This was not my first shot at using this tool - I had a go at it quite some time ago, as a matter of fact - when it first came out - and could just not get anything I liked with it. Frustrated and baffled - I put it aside.

However, the latest Flow Magazine (if you don't have a copy yet - why the heck not?) has 3-page article on just exactly how to use this baby.

So - having read that article (and the entire magazine, actually, cover to cover, in one sitting - at a doctor's office. Thank goodness I had taken a magazine, as they don't put magazines in that office any more - they spread germs. No - magazines don't spread germs - waiting an hour and a half around sick people spreads germs. Grrrrr.) - I was ready to try it again.

The article is very good, and very comprehensive, and so I won't repeat it here, except for the key sentence which made the whole thing make sense for me.

With the two adjacent sides of the groove in contact with the glass, the cylinder is brought into shape more quickly and efficiently than on just a single, flat surface.

Here's a few more pics of the tool. 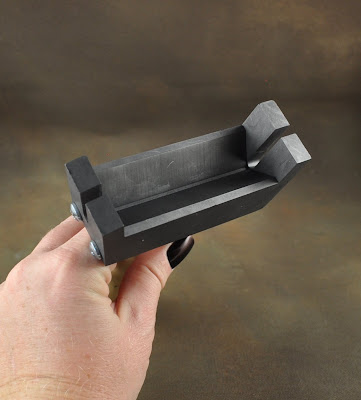 Solid construction - wood handle is nice. It is - overall - a trifle heavy. Could almost use a counter-weight in the handle. 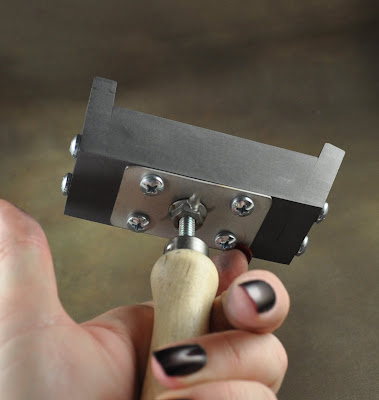 Here's another view of the channel - from the end. 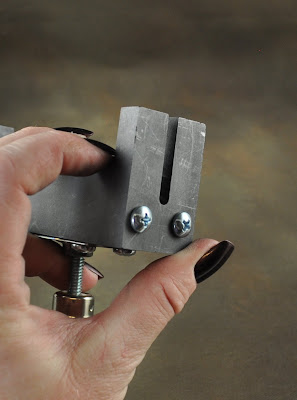 I will say - I have seen a number of these tools laying around at friends' studios, and they have a weakness here, and here, (at the arrows) - I see them with the graphite ends snapped off here all the time. Mind you - having worked with the tool a bit now - I'm not sure that it matters or impairs the function. 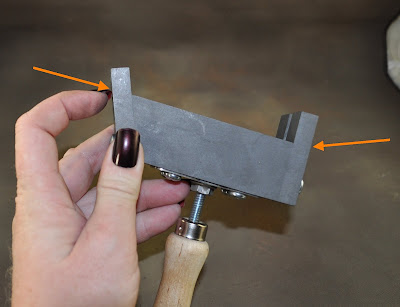 So here's a bead - and it was fast and easy to make - and yes - as promised - the ends are squared up and quite crisp. 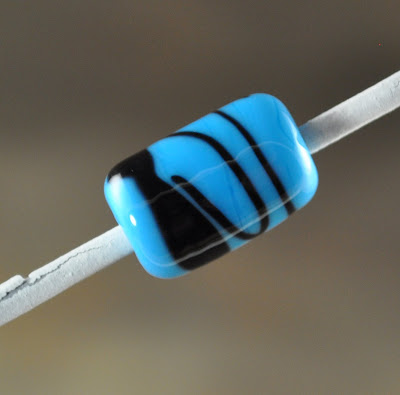 You can make bicones too. 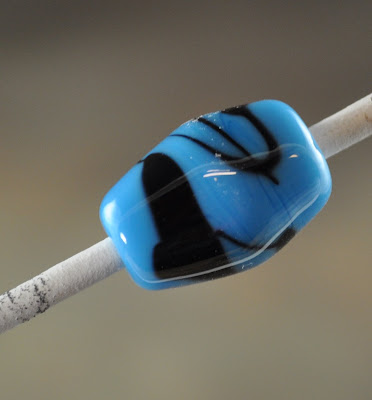 Adjust your angle of attack - so that the bead is tapered - instead of a cylinder. This is the function of the angled end. 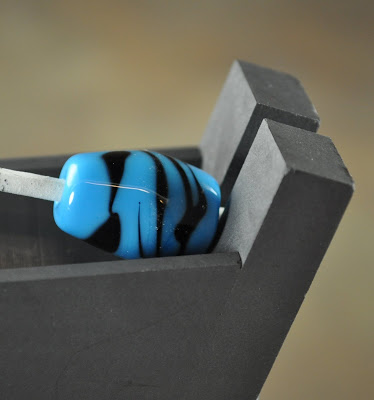 One of it's suggested uses is for making long beads for pens, letter openers, etc. I would suggest that you use a Sharpie(tm) pen to mark lengths on the tool - just write right on the graphite - so that you don't have to go far to figure out if your bead is long enough. Or too long. (It's surprising how well a Sharpie on graphite lasts and holds up to the abuse of torching.) 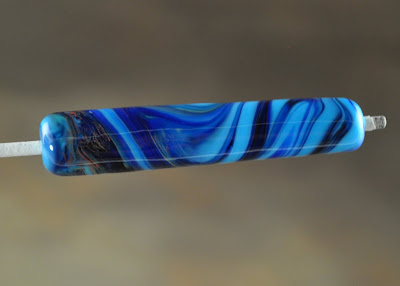 I was just winging it with this one - not sure if the length is right - and it certainly isn't fancy enough for me to put on a letter opener. (No dichro, for one!) 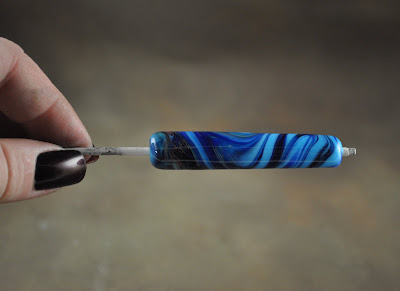 I highly recommend the article in conjunction with the tool. If they were smart - they would include a copy of the article with every one of these that they sell!
Posted by dragonjools at 10:21 p.m.

Email ThisBlogThis!Share to TwitterShare to FacebookShare to Pinterest
Labels: Tools