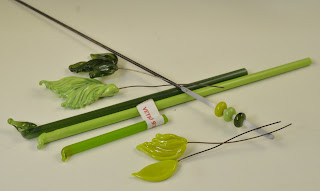 Recently - I have been discussing the yellow-green hole in the soft-glass colour palette and the place occupied in it by the late, lamented Vetrofond's 976 Key Lime.

I thought I would see if there was anything similar to the also long-gone Vetro 977 Parrot.

Like the Key Lime - Parrot is (was) a layered rod. The piece I found actually had a label on it, so I could positively ID it. 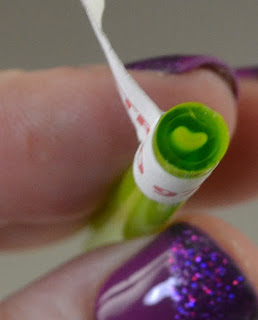 The only thing I could find that was even remotely similar was Effetre's 620 Pastel Kiwi.

But to confuse things, there is also an Effetre 620 Kiwi - without the pastel, that looks different, but I was told on strong authority (not good, just strong) - that the Pastel Kiwi and the Kiwi (Transparent) were the same.

Hogwash I said, and hogwash it is. 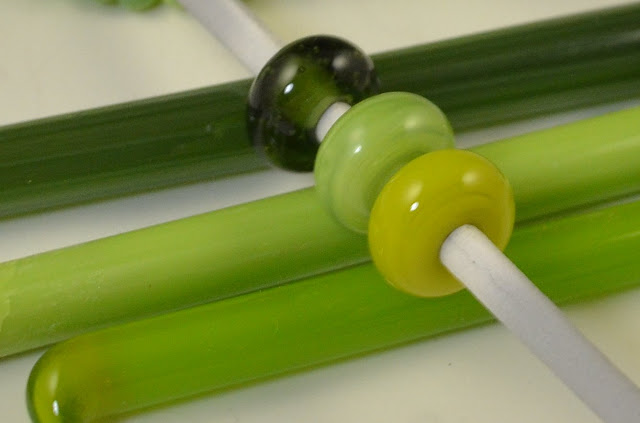 Here we have a leaf and a wave, in Parrot. If this is parrot - maybe that wave is a feather? 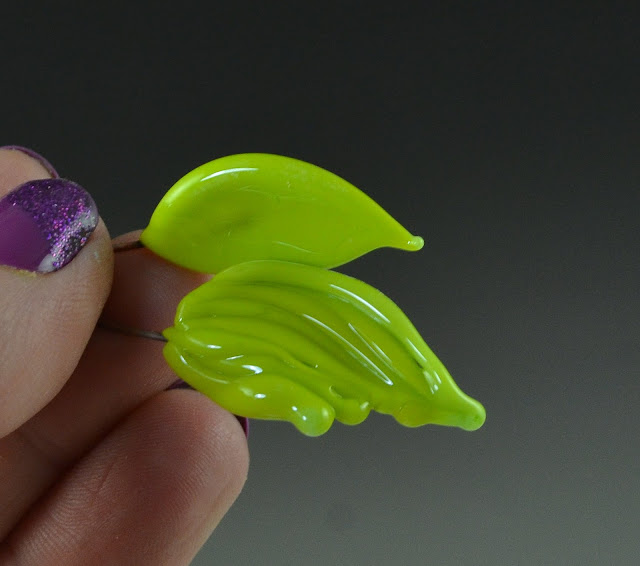 This is a wave made from Pastel Kiwi. 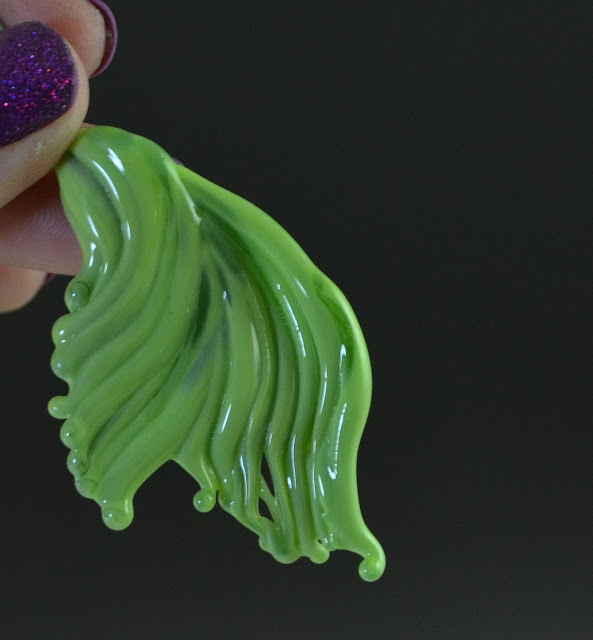 And this is a wave made from Kiwi (Transparent.) 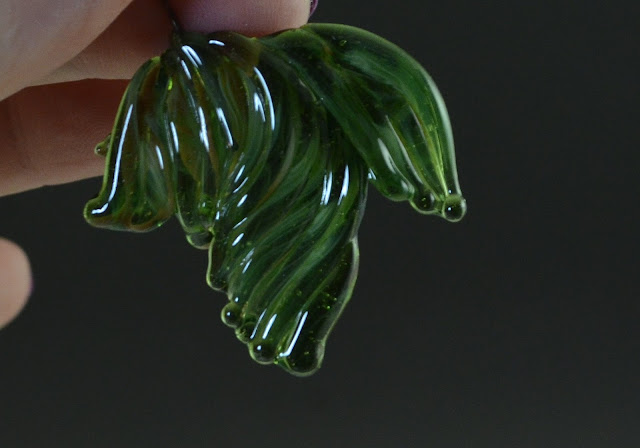 That's dark - let's look at it back lit. Now that is wonderful! How juicy is that? This really looks like Kiwi - seeds and all! 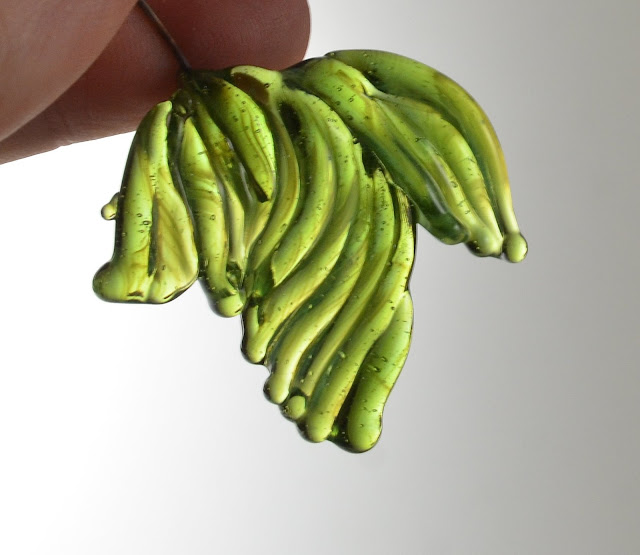 Here we have the two rods of kiwi - also with layers.

And finally - for comparison - the leaf in the background is Vet 977 Parrot, and the broken leaf in the foreground is Vet 976 Key Lime. The Parrot is a little more to the green than the Key Lime. (The Key Lime leaf, btw, is broken because I dropped it and stepped on it beside the car, not because of any inherent flaw in the glass.) 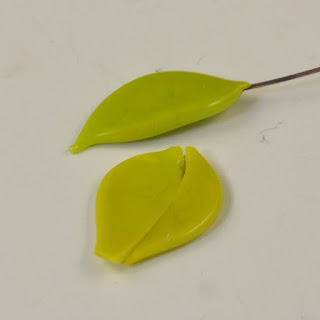 Still a big hole in the yellow-green portion of the glass spectrum!
Posted by dragonjools at 5:13 p.m.

Email ThisBlogThis!Share to TwitterShare to FacebookShare to Pinterest
Labels: comparison