Wowsers! Are these ever extreme! I decided to just whack off a bunch, with minimal reheating, just melt, shape and toss in the kiln, under the apparently erroneous assumption that would get me less of the metallic blush. Um, not! In fact, less reheating appears to have resulted in more metallic bloom than less. Interesting! 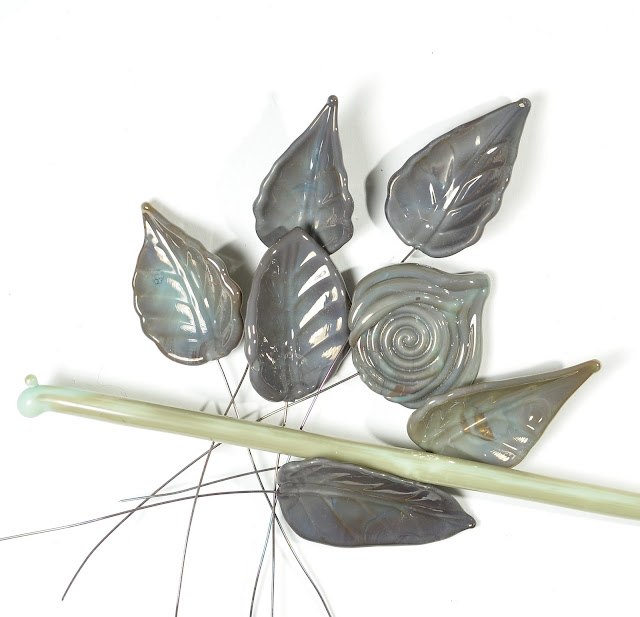