I was struck by the sudden desire to make stuff in a tourmaline pink. When I reviewed the Double Helix RO (Rubino Oro - Ruby Gold), I compared it to the Bullseye 1342 Cranberry Sapphirine. It suddenly stuck me that the BE colour was exactly what I needed. But, of course, I had used the one rod that I had. So off to the supplier, (Nortel - which, dangerously, is only 5 minutes drive from me), and they were out. Of course.

Well - I didn't think it would be right, but I said I would try. Scrounging around at home, I came across two sample packs of Bullseye, and a stash of Caliente Cranberry (not compatible with anything else I have.) I pulled out an unlabeled transparent pink rod from the Bullseye (which is not the Cranberry Sapphirine, which starts as a pale lavender blue colour. Hey-ho striking colours!) and a couple of rods of the Caliente - which are stringer thin.

OK, here we have, left to right, the Caliente Cranberry, the Bullseye whatever, and the Effetre Veiled Rubino. 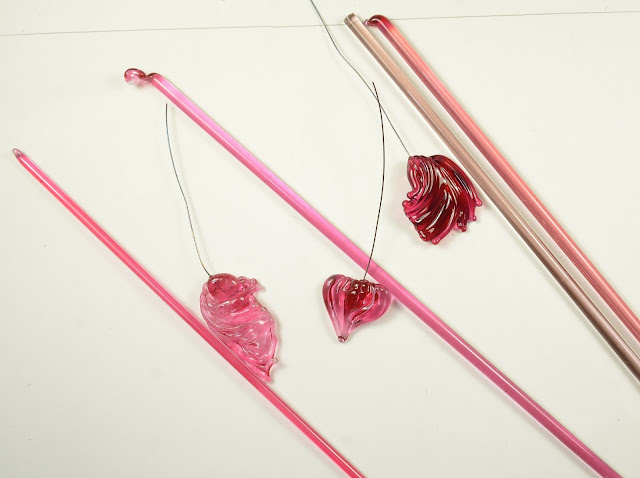 And here, just the pieces, same order, L-R: Caliente, Bullseye, Veiled Rubino.  They are variations on a theme, but the Veiled Rubino, much to my surprise, is quite a bit darker. You can see also in the pic above, that the Veiled Rubino has changed the most from the original rod colour, and that there is a rod next to the worked rod with the melted tip, that is also V.R., but a very different colour. It is from the same batch, and as of yet - I have no idea whether it will prove to me a different shade or come out all the same. 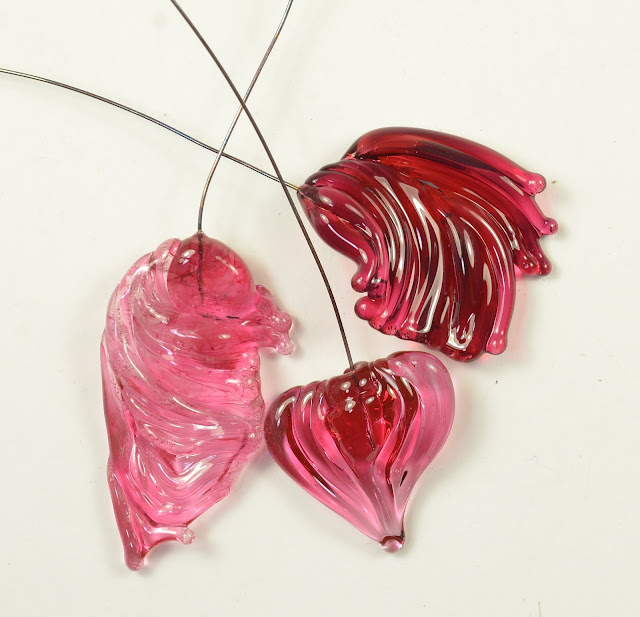 So here are the three again, (BE, Eff, Cal) plus the pony made earlier from the BE Cranberry Sapphirine. Pretty much an exact match for the Veiled Rubino. Maybe a little denser, as it is the same shade in areas that are thinner, but really - pretty effing close. So I was wrong on that. 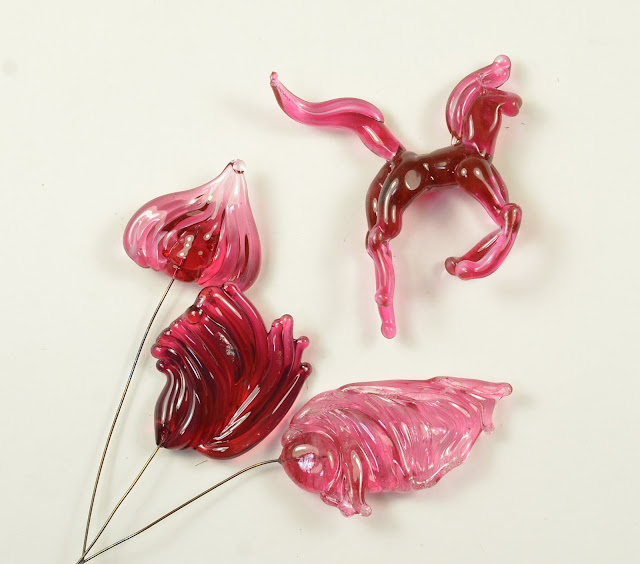 And one last comparison - the addition of, below the pony, the Double Helix RO - which, as I said before, is a little redder. More strawberry, less raspberry. 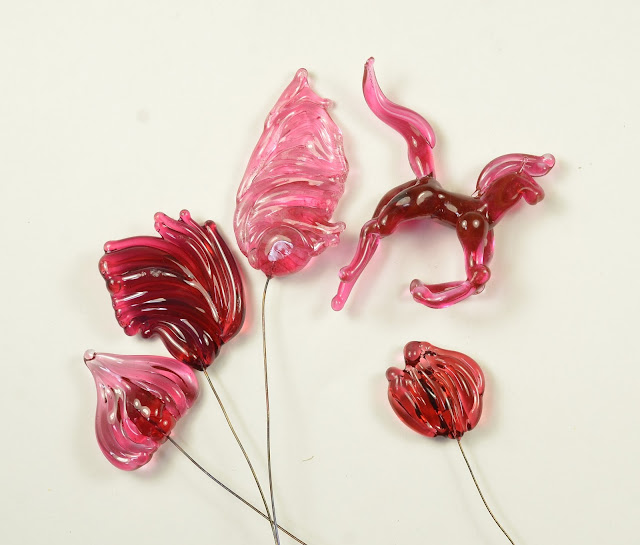