I've had some issues with some of the glass that I reduce losing it's reduction effect in the kiln - so before I chewed through pounds of Triton, reduced it all shiny only to have it possibly lose its effect - I wanted to make sure that it was going to stay looking glorious.

I did two small test batches - in two different studios. What I was testing was the kiln. The kiln at the BeadFX studio has a largish gap at the door, and my own seals quite well - and I wanted to make sure that wasn't making a difference.

But what else is different is that the BeadFX studio is natural gas (boosted) and tanked oxygen, and my own studio is propane and a concentrator.

And while both batches have retained their glossy metallic reduction - so no worries there - what I did find is that the pieces made at the BeadFX studio have a coloured rainbow effect that I did not get in my own studio.

These are made in my own studio. This is Double Helix Triton. Let cool to no glow. Reduce further out than the candles are (turn the oxy down to produce candles about 4 inches long), don't let the glass reheat to glowing. 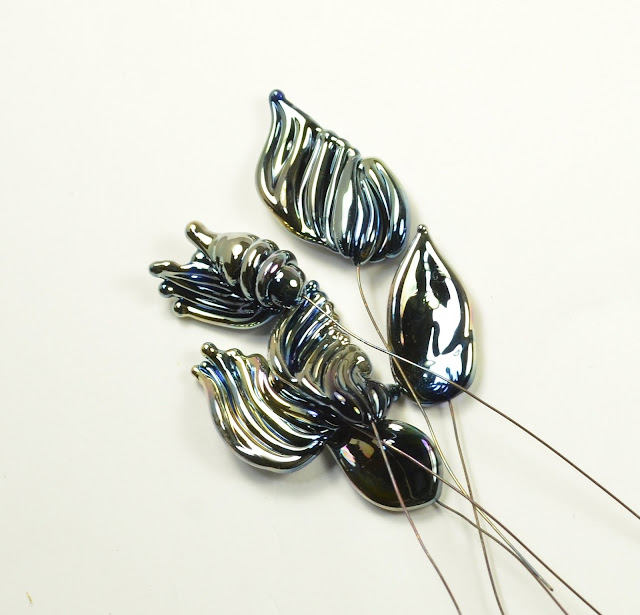 And here are the ones made in the BeadFX studio. The gas used is natural gas, vs propane. Is this the defining difference? I don't know. But you can see there is much more of a rainbow effect. 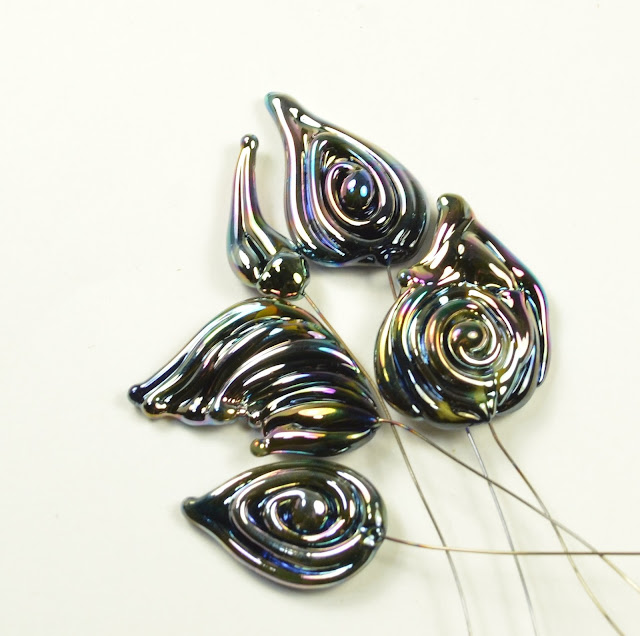 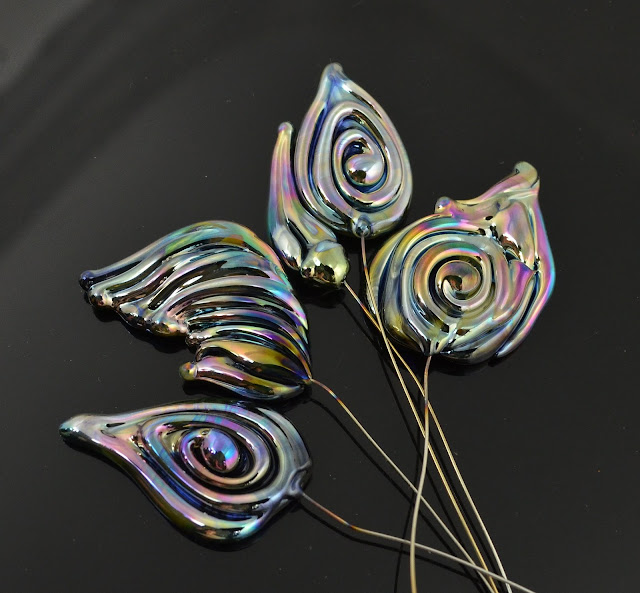 Side by side, propane batch on the left, nat gas on the right. 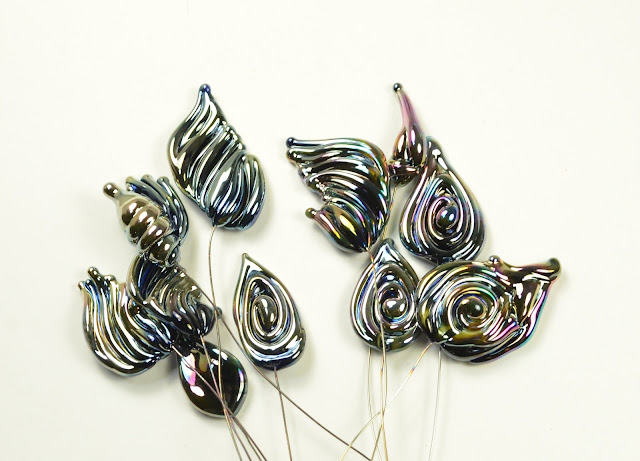 Interesting, no? Like I said - I don't know that the gas is the primary difference. Maybe it's the tanked vs concentrator oxygen. The difference isn't overwhelming, but it's there.

I think that the biggest take-away from this is: when you read a tutorial or see a bead made with the exotic glasses, or, for that matter, any glass - you need to keep in mind that if you are not getting the same results, there are other factors at play than just your technique.

I have written about Triton before, Metallic Dragon, and in comparison with Kronos and Clio.
Posted by dragonjools at 10:19 a.m.