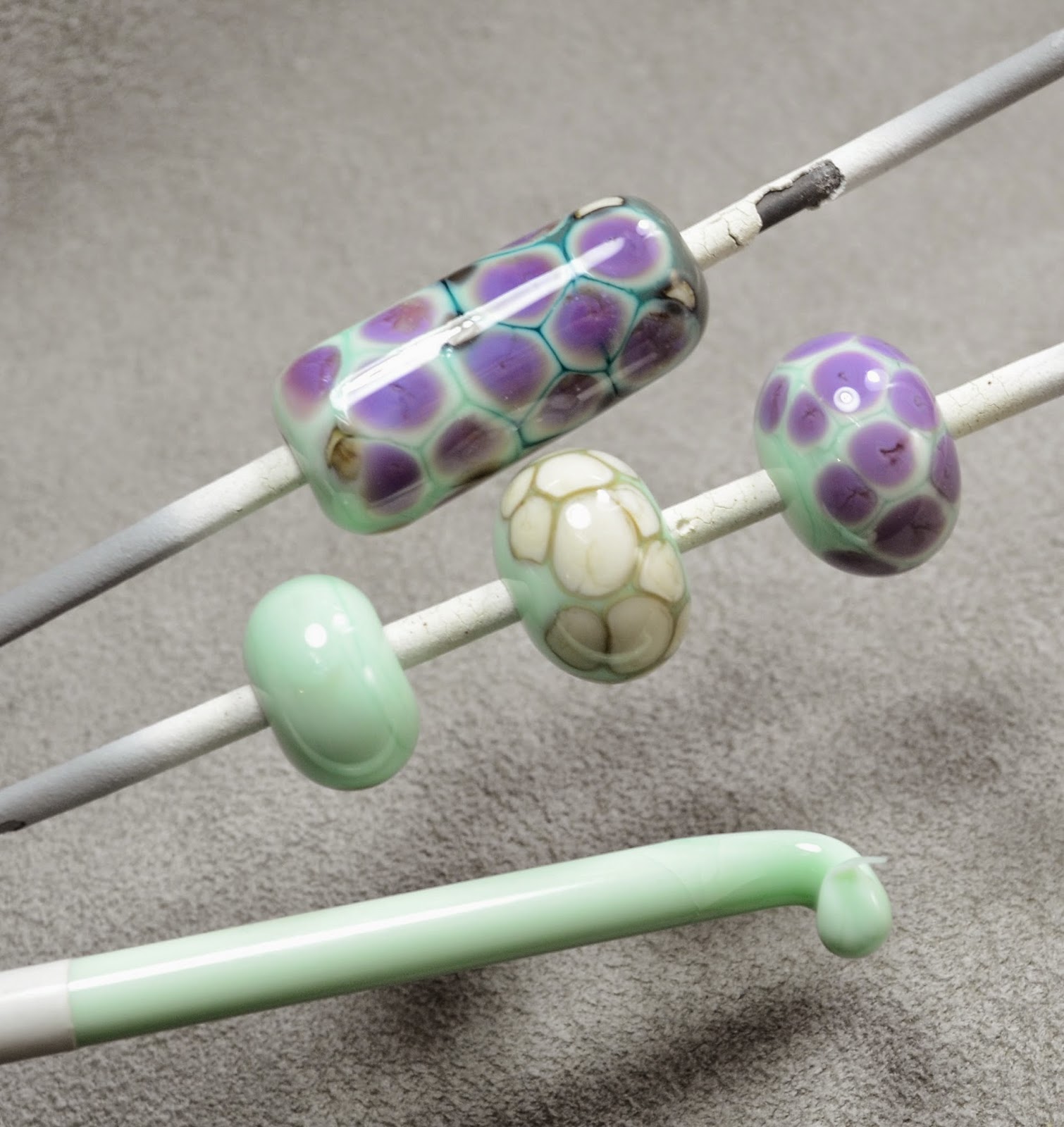 Or maybe I'm leaping to conclusions here. Maybe it's not a reference to Kermit the Frog and the Rainbow Connection - maybe it's just a cry of existential Angst - a recognition that in general ... it ain't easy being ...


CiM 428 is a soft, mint ice cream colour. It is less greyish than CiM 425 Mint Chip, but similar in saturation.


Here we have, from the left, It Ain't Easy Being, self; as a core with ivory dots; and as a core with EDP dots.  Note the nice reactions with the ivory and the EDP. It also reminded me of Copper Green, so this bead is It Ain't Easy Being on the left, and  Copper Green on the right. There are ivory dots at the ends, and EDP dots in between. You can see that the Copper Green is much more strongly reactive, especially with the EDP. But still - similar sort of reaction. 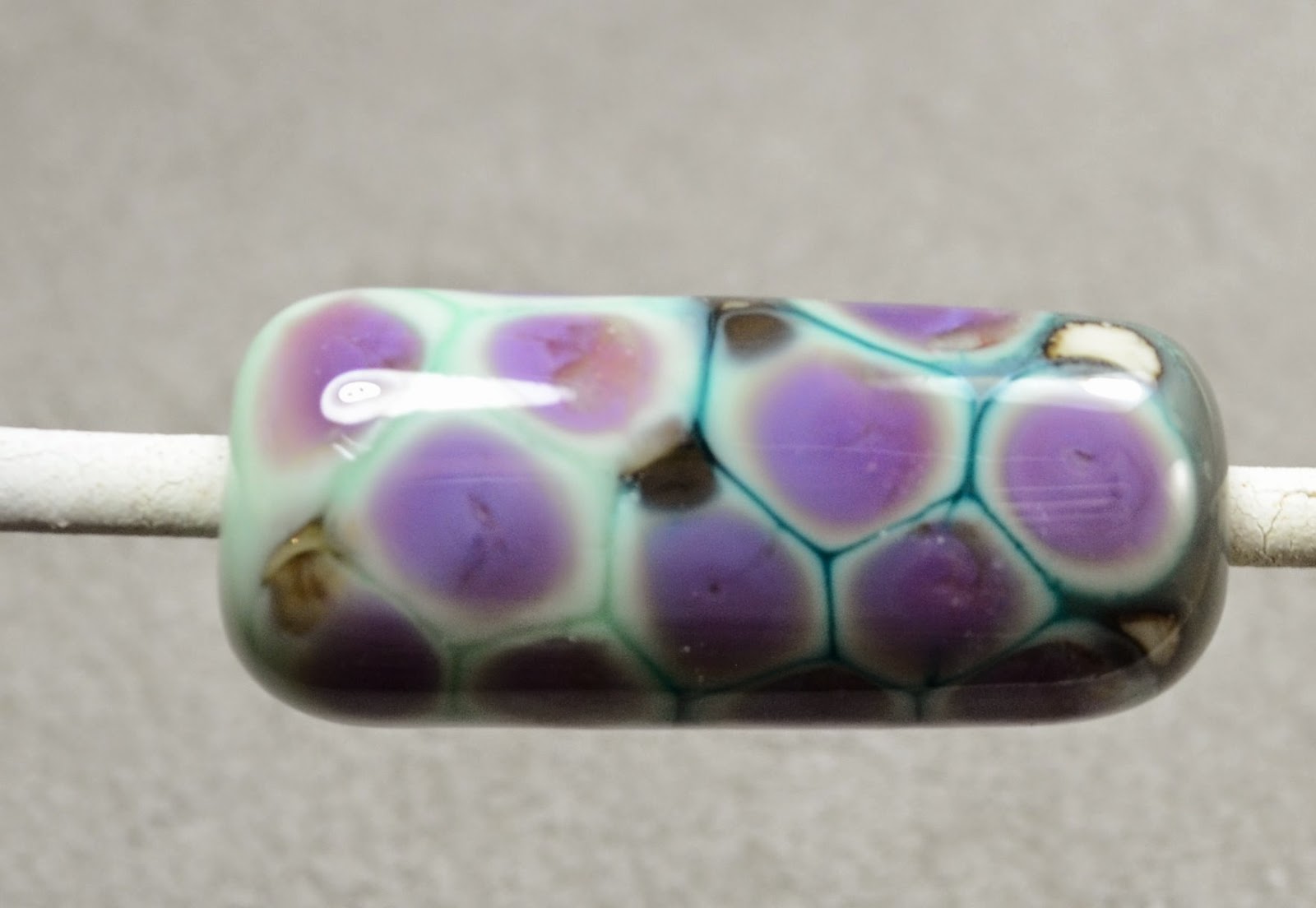 You can see the ivory dots much better on this side. 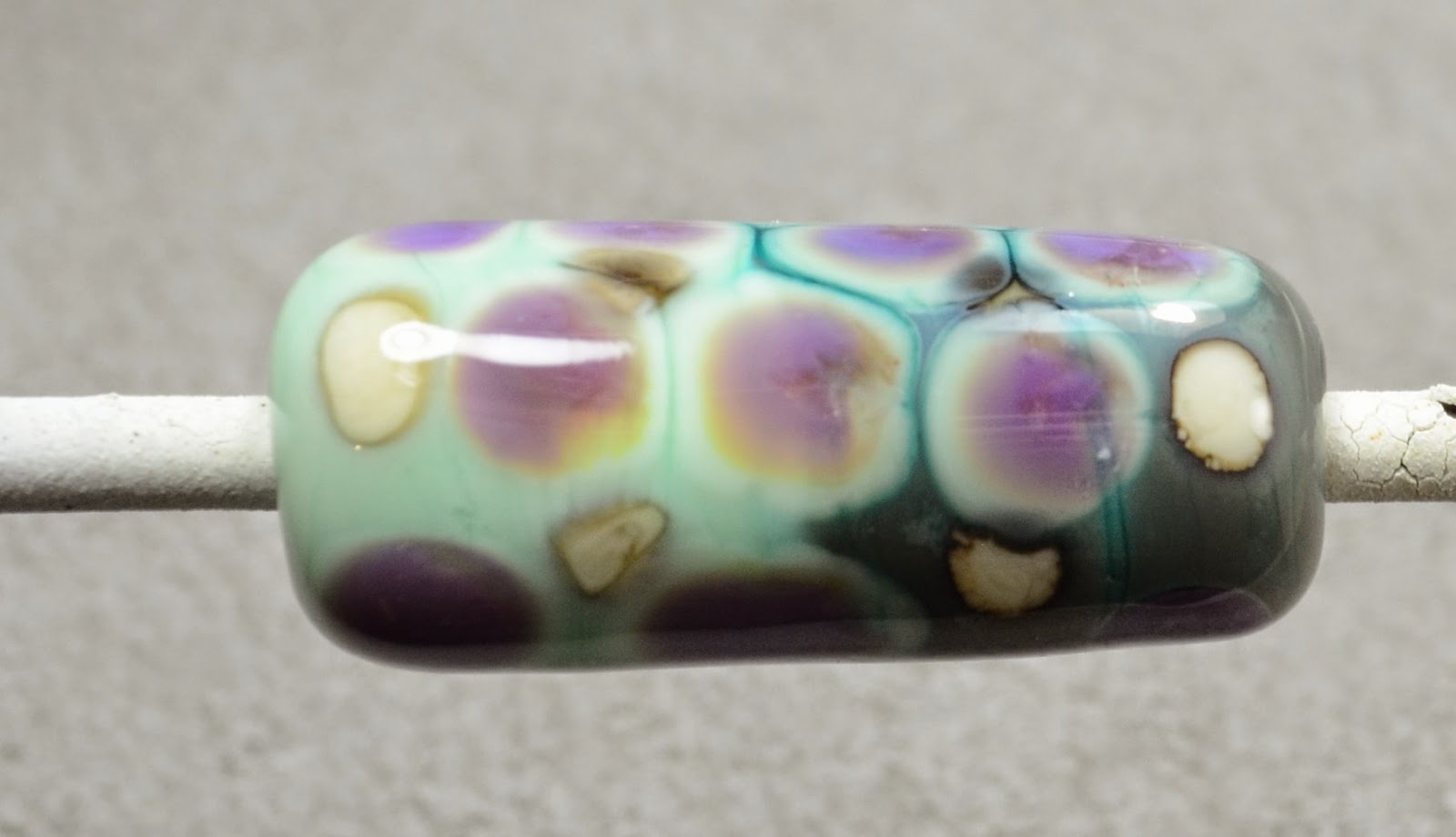 It's a soft, pretty green that I think has its uses - will appeal to people who like greens.
Posted by dragonjools at 12:36 a.m.