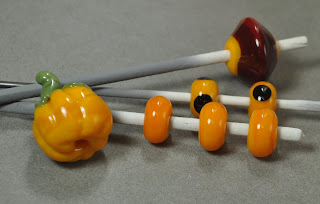 CiM Pumpkin - and well named too! Happy, happy orange. My pics look a better colour match to me, than the ones on the CiM site - which seem yellowier than it is. Your monitor may vary.

It comes out slightly streaky and almost looking a little translucent. Almost seems to glow! 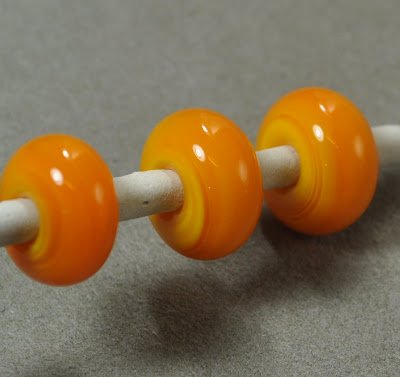 See - these black dots seem to float - but I did not encase the beads before putting the dots on. 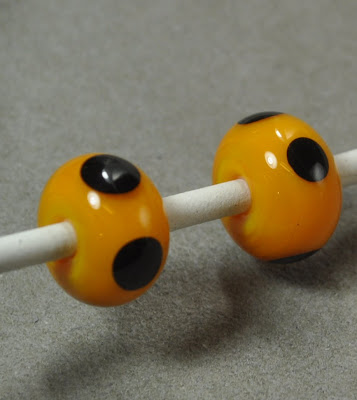 And this test paddle - it's like there are folds of clear in it. 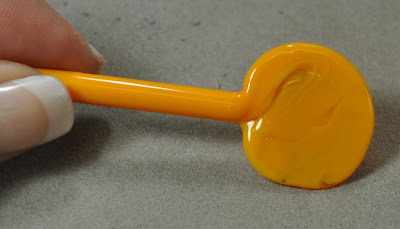 This is with transparent red over it - Vetro 951 Red Candy Apple - and it's a bit too dark or too thick - I wanted the sort of vibrant red that is in the centre - but mostly it came out too dark. 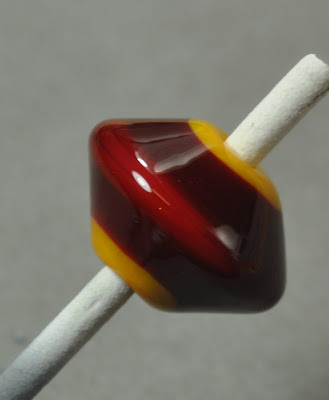 And I even made a pumpkin - an off mandrel pumpkin, with the leaves and stem out of CiM Olive. Actually - this is the second pumpkin. 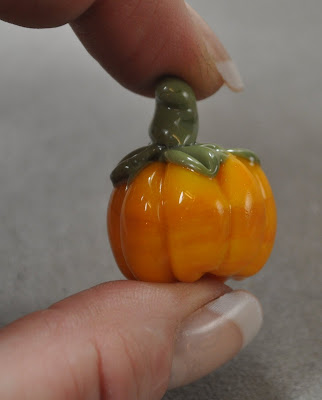 As the first one fell off the punty and rolled under the table and under a concentrator. By the time I had crawled under there with tongs, fished it out and burned the dog hair off it, it was a lost cause. I threw it in the kiln, and it fell apart in the kiln not too much later. But notice the really interesting swirls in the glass that were inside the pumpkin? Cool eh? 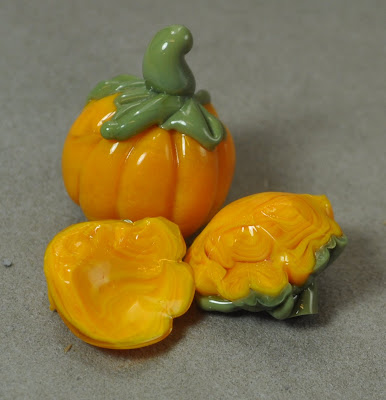